Happy new(s) year to everyone. I want to thank everyone for a great 2015, thanks to you we’ve broken records in number of visits, pages viewed and people who are members of the Q community.

Our visitors are divided (almost equally) from Costa Rica and the United States, followed by Canada, Germany, France, United Kingdom, Italy and many other countries – just about everywhere in the world.

Interestingly, the majority viewed the site on Chrome (55%), followed by Firefox, Safari and Internet Explorer; most users on Windows, followed by iOS and Android. 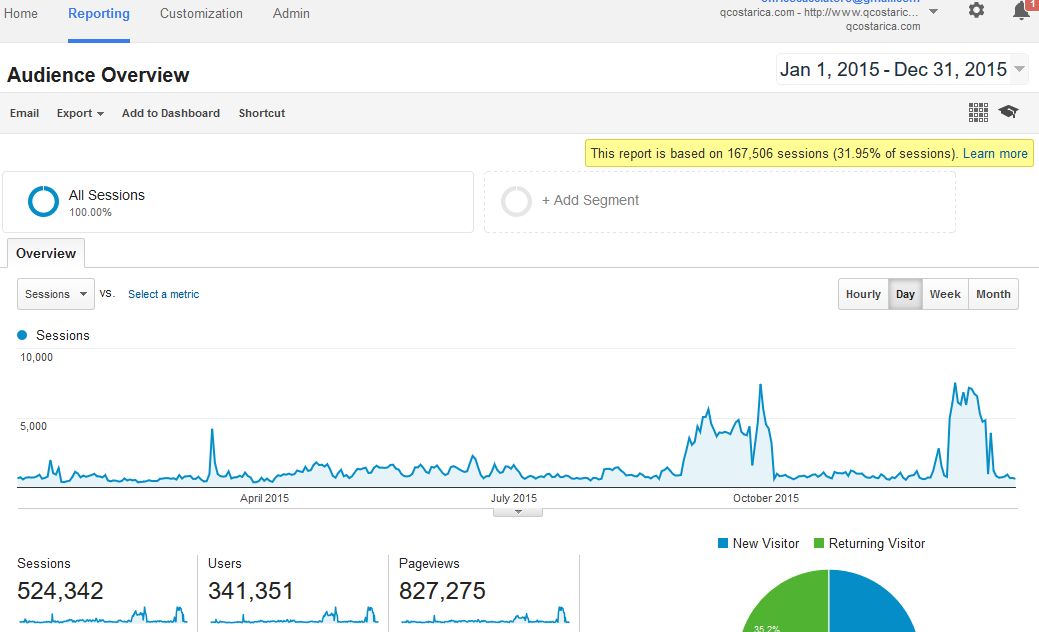 When it came to mobile, iOS beat out Android hands down. Some are still using Windows and Blackberry, thought those had gone the way of the dinosaur.

When it came to delivering ads, Qcostarica.com delivered a total 1,630,603 impressions of Google Adsense sponsored ads, resulting in 3,722 clicks. Other monetization of Qcostarica.com are ads delivered through the content.ad, adCiti and Infolinks networks.

I am working on a new ideas and great stuff to make the Q experience even better.  To early to tell just yet what I will add (or take away). Your suggestions at rico@theqmedia.com are welcome.

Again, thank you. It couldn’t have happened without you.

- Advertisement -
Paying the bills
Previous articleI Swam with a Horse in La Cruz in Guanacaste
Next articleCan Current Value Of Costa Rica’s Currency Be Maintained?