QCOSTARICA (National Post) Last Monday, Toronotonian native Chuck Rosenberg went hiking by himself in the hills of Las Catalinas, a beach town in Costa Rica’s Guanacaste region, at about 11:30 a.m. An hour in, Mr. Rosenberg’s path was blocked by debris, leaving him two choices: backtrack, or try to step around it.

He made, he now realizes, the wrong choice.

‘‘I knew that I was pretty close to the edge of the cliff overlooking the coastline, but it looked like I still had room to take a few steps down to get back on the trail,’’  Rosenberg, a 52-year old Torontonian and former CNN producer, said from his hospital bed in Liberia, Costa Rica.

Gripping branches for balance, Rosenberg quickly realized what looked like path was only loose mud. The earth disappeared underneath his feet as he frantically reached for something to hold onto. Now hanging off the cliff, Mr. Rosenberg managed to cling to the trunk of a very small tree.

“Five minutes had passed, my legs were dangling in mid air. The tree couldn’t support my weight so it started to crack. I fell but managed to cling to the top of the cliff. I still remember feeling the skin being ripped off my fingertips as I tried to grip the sharp rock edge.”

“I thought it was over, my fingers were slipping, I couldn’t hold my weight anymore,  I struggled, I had no choice but to let go.

“I had so much to live for. All I could think about were my children; my 4-year-old twins, 23-year-old son and 20-year-old daughter. I said goodbye to them and told them how much I loved them.”

Rosenberg fell feet first down the 25-metre cliff. He crashed from rock to rock, landing face first, metres from the Pacific Ocean.

“I remember falling and feeling the excruciating pain of the rock tearing into my leg. I bounced so many times in so many directions. The last thing I remember is my face smashing into a rock on the ground. I then blacked out. I am not sure how long I was unconscious for.”

At some point, Rosenberg regained consciousness.

“Everything was bleeding. I started screaming for help. But it was futile; I was four kilometres away from the nearest human being. I was on a rock in the ocean. I was alone.” 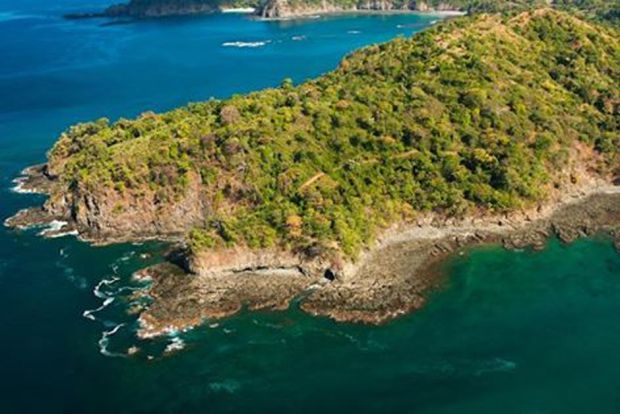 Then he checked his back pocket: his cellphone, still working.

“Even though my iPhone4 was pulverized during the fall, it somehow still worked and I was able to make one life saving call before the battery died. Ironically, I only brought the phone with me to take pictures of the postcard-worthy scenery, but it’s the reason I am still alive and breathing.”

Rosenberg washed the blood from his eyes with water from his camelbak, and called his friend Greg Khan, a fellow Torontonian he was staying with in nearby Playa Flamingo.

“He was yelling and screaming, saying that he fell off a cliff and was in a bad accident,’’ said Kahn, who was himself recovering from Dengue fever when he got the call.

‘‘I was trying to calm him down to find out exactly where he was. He basically told me which direction he walked in past the resort and I had to decipher where he was.’’

Meanwhile, Rosenberg was losing consciousness again. He lay on the rocks in a pool of blood in the sweltering 34-degree heat, with only 250 ml of water, and an old energy gel pack.

The rescue team from the Surf Shop arrived on a Jet Ski within about 10 minutes, though, and carefully carried Rosenberg into the water. Then the Coast Guard arrived, and moved his beat-up body onto the boat.

“It was chaos. The waves were choppy and salt water was stinging my wounds. Everyone was screaming in Spanish. The Coast Guard worked quickly and efficiently to assess my wounds and helped hold my wrist up, it was grossly deformed, twisted at a 90-degree angle in the wrong direction.”

Rosenberg had surgery to repair his crushed wrist and a fractured tibia in his right leg. He has titanium rods and pins holding his wrist together, countless cuts all over his body, a broken nose and suffers from flashbacks.

But his doctor calls Rosenberg — who hopes to return to Toronto this week, and then faces a six-month recovery — a living miracle.

“He’s a very lucky man,’’ said Dr. Diego Castro. ‘‘This kind of accident normally leads to death. So the injuries he actually incurred are really nothing compared to what could have happened.”

There are many legal ways to make money in...
Chile