The treacherous underwater currents of Drake Bay claimed the life of a Canadian man who was reportedly part of a film crew working for the international cable network NatGeo in Costa Rica. The photographer has been identified as Peter Brumer. 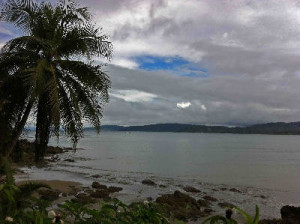 According to daily tabloid newspaper Diario Extra, the late photographer disappeared around 4:00 p.m. on Friday. The underwater photography crew consisted of several divers who had traveled to capture the natural beauty that lies beneath Corcovado National Park, in the South Pacific region of Costa Rica.

The divers were loaded with heavy photographic equipment, which made their descent more complicated than usual. As they were going deeper, they were surprised by a sudden shift in underwater currents. The divers struggled against the current, but Brumer could not move through the water fast enough to avoid the current’s powerful dragging force.

The rest of the divers were able to surface, but they immediately headed back down once they saw that their teammate was missing. They spent hours looking for him in the dangerous waters of Drake Bay. Fearing the worst and afflicted due to the disappearance of their colleague, the divers sought the assistance of the Red Cross of Costa Rica.

Red Cross members urged the exhausted divers to suspend the search after sunset, but they remained on the beach. Around 8:00 p.m., the ocean returned the lifeless body of the Canadian photographer. The Organization for Judicial Investigations (Spanish initials OIJ), was en route to begin a forensic investigation on Saturday.

Brumer’s life ended on the same spot where two best friends and court employees from Perez Zeledon drowned in 2004. In the case of the two Costa Rican men, they were separated from their female partners as they played in the surf when a sudden rip current took them out to sea.

QCOSTARICA - A moderate decline in new cases for the third consecutive week allowed the hospital system to avoid the dreaded collapse and rapid...
Photos of Costa Rica