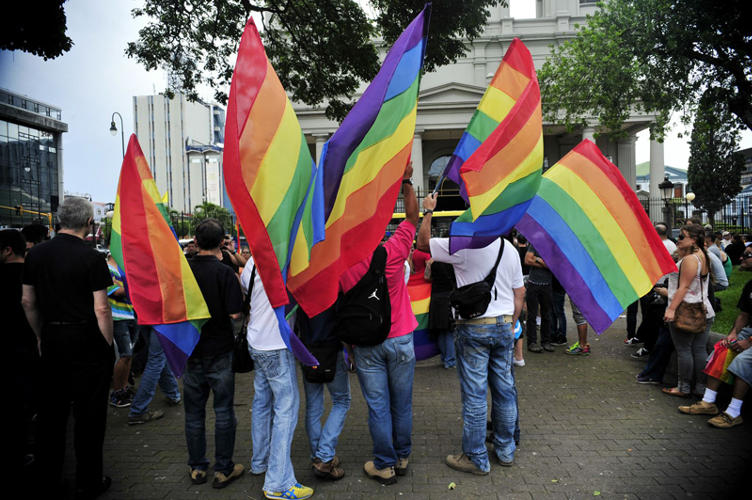 Two young men from Escazú were turned down by the family court in San José in their quest to have their gay marriage recognized legally. They have lived together for seven years.

The court decided that the definition of marriage is the joining together of a man and a woman. The pair were disappointed because they were counting on the judges taking into consideration that the Young Persons’ Law forbids discrimination on the basis of sexual orientation.

Alberto Gonzalez and Lorenzo Serrano were represented by lawyer Marco Castillo who is also the head of the Movimiento Diversidad (Diversity Movement). “We maintain that it is discrimination that unions between gays are not recognized,” said Castillo.

Although Gonzalez received the court decision with sadness, it was not unexpected. “I haven’t been able bring myself to read the  court’s resolution because I don’t want to hurt my liver,” he told the national newspaper La Nacion.

“We were hopeful because the Young Person’s Law is quite clear,” Gonzalez said, adding, “The struggle isn’t over yet.” Currently, nine couples have applications for legal recognition of their unions filed Heredia and Desamparados courts. But Gonzalez and Serrano were the first to be rejected.

This is not necessarily the end of the legal struggle. Beside appeals up the judicial ladder to the Constitutional Chamber (Sala IV), another court could approve the marriage of another couple. In Costa Rica, courts do not depend upon precedents as do Anglo Saxon courts.

QCOSTARICA - Costa Rica will have a system called "Interceptor" that will eliminate floating and suspended waste from the upper layer of its waters,...
HQ