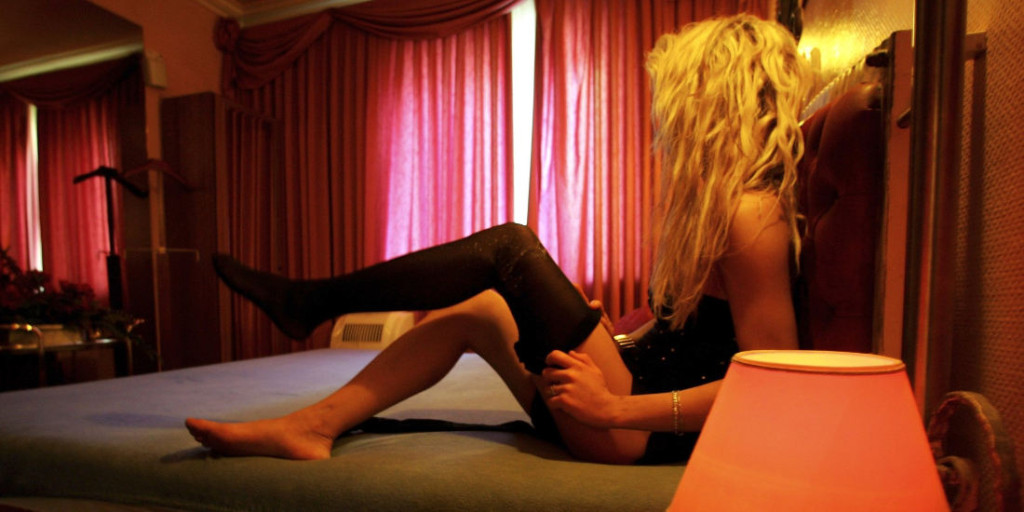 COSTA RICA CONFIDENTIAL – Canada’s Conservative government is attempting abolish the sex trade by targeting “johns” (customers) who purchase sex and anyone else who profits from or advertises the sexual services of others.

A bill tabled Wednesday by Justice Minister Peter McKay aims to overhaul Canada’s prostitution laws that views the sex trade as an illicit activity practiced by women who have no options. “The bill . . . recognizes that the vast majority of those that sell sexual services do not do so by choice. We view the vast majority of those involved in selling sexual services as victims,” said Justice Minister Peter MacKay.

Up to five years in jail or ten years if a minor (under the age of 18) is involved. Fines can up be up to CA$4.000 dollars, with more severe penalties if the exchange occurs in public places, likes parkes or near schools.

Despite the government’s claim it wants to protect vulnerable women and target only at those who profit from victimizing them, the Conservative bill takes aim at prostitutes, too, depending on where and how they practice their trade. The bill criminalizes the act of selling sex in public places or places “where children could reasonably be expected to be present,” in MacKay’s words. It bans the advertisement of sex for sale online, as well as targeting anyone who receives a “material benefit” as a result of an “exploitive relationship” with prostitutes, he said.

He said the aim is not to arrest physicians or cab drivers who might interact with prostitutes. However, when asked about drivers or bodyguards hired by prostitutes for personal security reasons, MacKay said the test for a court would be the existence of an exploitative relationship.

The Supreme Court of Canada had overturned the law against “living on the avails” of prostitution because it was too broad and did not allow prostitutes to voluntarily hire bodyguards, drivers or receptionists who could help them in setting safe working conditions.

In Canada, right now, prostitutes are criminalized, but johns are not – something the Supreme Court gave the feds a year to change after concluding the current system makes the already risky lives of hookers even more dangerous.

IN COSTA RICA prostitution is not illegal, though pimping (proxenetismo) is.  Women (and men) of legal age (18 years of age and over) can solicit sex in exchange for payment and prostitutes can live off the avails of their trade.

Under the Codigo Penal (Criminal Code), it is illegal for anyone “to promotes, induce, force or recruit for prostitution persons of either sex”. The penalty is from two and fives years in prison. The penalty can be double – up to ten years – when minors involved. The double penalty can also be applied in cases where deceit, violence or other form of intimidation or coercion takes place.

Related: A Journey Into the World of Prostitution in Costa Rica

Typically, in Costa Rica, the solicitation of sex occurs indoors in bars, massage parlours, spas, even the local supermarket. It is not common, though there are instances of, prostitutes offering up their services on the street. Though not all bars allow or desire prostitutes in their establishments, some however look forward to it, as it increases customers and sales.

Street walkers in Costa Rica can generally fall into two categories: women who are problems with entering a bar, mostly underage who cannot present their “cedula” or other form of ID, and men (transvestites). In the case of the latter, there have been numerous reports that sex is not on the menu, but rather robbery.

Prostitutes in Costa Rica come in many forms, from the hard core prostitute to the mom around the corner earning a few colones to buy formula for their babies.

The check out girl at the local supermarket who offers to help you home with your groceries, to the hot (or not so hot) girl at the end of the bar making googly eyes at you. Either way, you will be paying for sex, the former cheaper  (as in less expensive) to the latter. Sorry to burst the bubble, but it isn’t your good looks or charms, but rather you ability to pay.

Massage parlours in and around San José are abundant, more than 100 at last count. They can range from the upscale in Barrio Amón to the dives around the Mercado Borbón, where ¢5.000 colones (US$9.25) OR LESS you can buy a roll in the sack. In the Borbón, the ladies (at least I think they are ladies) will stand on the street, at the entrance of the second floor room where you can have – for a price – your way with her.

Outside San José the massage parlours and “hooker” bars are less. In tourist areas like Jacó, Quepos, Tamarindo and Playas del Coco, where there is (was) an abundance of foreign tourists, sex for hire is openly available. In other areas, you will have to seek out “local” watering holes.

Unlike in the “norte” (the U.S. and Canada), in Costa Rica the majority sex social workers (prostitutes) are women looking to supplement their family income, in many cases are heads of households and even support the extended family. Some are hooking to pay for their tuition, others to buy a new smartphone or travel.

Whatever the case, in Costa Rica, most women use prostitution to feed their families or better themselves and not their drug habit or other nasty addictions.

It is not unusual for a prostitute in Costa Rica to deny you service. I have been in the famous bar with the pink exterior and listened in on conversations where, either the customer is not wanting to pay the going rate or demanding kinky extras or just grosses out the woman and she says “no”. Well, not really a no, but “OK baby, I will be right back”.

Back to the Canadians. MacKay’s department has pointed to the results of online consultations that elicited more than 30,000 responses. It suggests 56 per cent of respondents supported criminal penalties for the purchase of sex, while 66 per cent believed the sellers of sexual services should not be subject to the criminal law

If the law passes, we are sure to see many Canadian men facing a jail term and fine that can lead to a nasty and expensive divorce, look to Costa Rica for their sex-for-pay habit.

The gambling industry has prospered over the years and...
Travel