Mariguanol, Anti-inflammatory Based On Marijuana Openly Sold in the Streets of San José 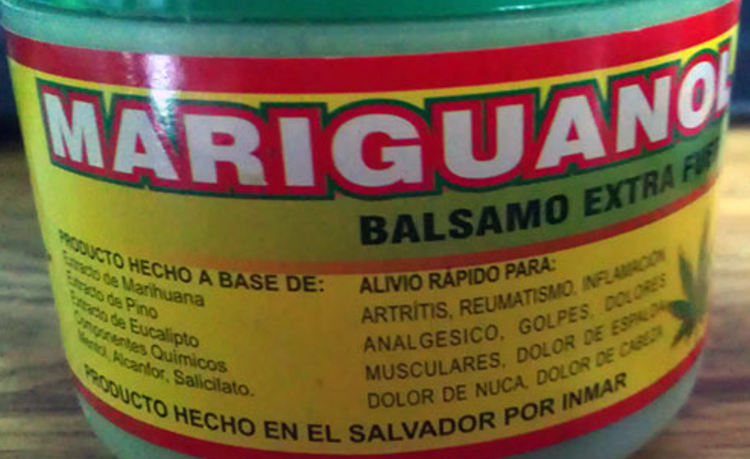 Promoted as an anti-inflammatory, “Mariguanol” is available on the streets of San José and for only ¢1.500 colones (US$2.75), La Nacion reporter Ángela Ávalos R. tells her story of meeting up with one of the most famous dispatchers of the product.

Ávalos says that it only took two contacts to be face-to-face with “Juan” (an alias), who without much problem opened his “mariconera” (bag full of stuff) and pulled out a plastic bottle of Mariguanol cream. 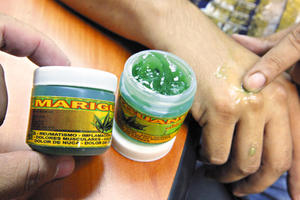 “It’s better in cream than in gel”, said the salesman, who is originally from Granada, Nicaragua.

The cream contains tiny green bits of leaves, something that is not found in the gel. But, the Juan could not with any certainty say it was marijuana, the supposed basic component of the cream, which, despite its promotion and availability, the product and its derivitives are prohibited in Costa Rica.

A search of the web reveals interesting results, a number of forums and chats discussing the composition and merits of the product, which is described mainly for the fast relief of arthritis, Rheumatism, Inflamaccion Analgesic, Bruises, Muscle Pain, Pain Backache and headache from: marijuana, pine and ecualyptus extract as the main ingremedients.

On one website, the “Confessions of a Tortillera“, it says, “yes, it has actual MJ leaves and makes pain go away quick.”

According to Q sources, the Mariguanol is also openly available at Costa Rica’s Peñas Blancas border with Nicaragua.