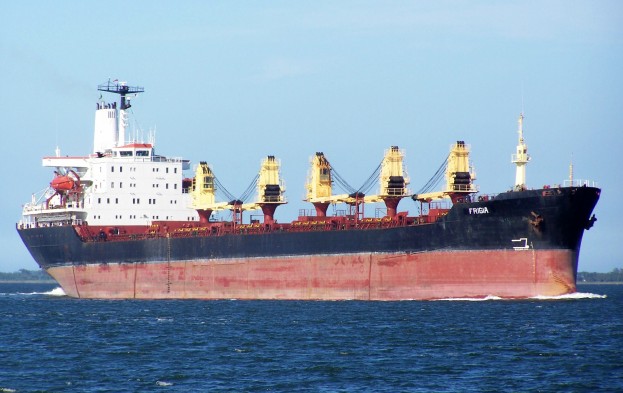 The hijacking of cargo moved over land causes serious economic damage to countries across Latin America, according to a new report by the Economic Commission for Latin America and the Caribbean (CEPAL), which shines a light on the impact of “terrestrial piracy.”

The report found that Mexico and Brazil are among the countries where overland cargo transport was most at risk, reported EFE. Most criminal hijackings of cargo transport occur on highways, although attacks on trains are also common. In both cases, attacks occur predominantly in urban areas, during the daytime, and on weekends.

Ana Cristina Sierra, an investigator at the  Federation of Colombian Insurers’s Transportation Chamber, indicated that cargo hijacking interrupts supply chains within Colombia, and that 60 percent of shipping accidents were caused by criminal activity, reported El Colombiano. According to the police, cars are the most frequently stolen goods, followed by electronic devices, home appliances, and textiles.

While police registered 318 cases of freight hijacking during 2012, which amounts to a 7.7 percent drop from 2011, insurance companies have recorded much higher incident rates, with one firm recording 500 cases of theft or failed arrival in one year.

Cargo robbery is a lucrative business in Latin America and is strongly connected to organized crime. In addition to causing heavy losses to affected businesses, the theft and smuggling networks that engage in “terrestrial piracy” are also frequently involved in the trafficking of other illicit products, such as drugs, weapons, and counterfeit currency.

In Mexico, attacks on cargo trucks resulted in the loss of around US$380 million between 2008 and 2011, forcing trucking businesses to try and adapt and outsmart the thieves through tactics such as travelling in convoy. Large criminal organization such as the Zetas and the Familia Michoacana have been linked to the practice.

The goods stolen from cargo trucks, ports, or railroads are usually fenced on the black market. In countries like Brazil, where consumer demand is booming but taxes and tariffs on many goods remain prohibitively high, the black market has grown substantially as many people turn to the plentiful supply of stolen and counterfeit goods.

- Advertisement -
Paying the bills
Previous articleHow Hammocks Can Save The World
Next articleNot A Good Time For Araya To Have Married, Says Astrologer