Not A Good Time For Araya To Have Married, Says Astrologer 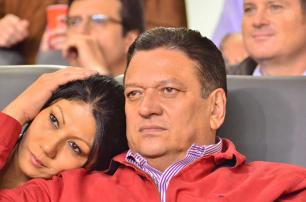 According to famous astrologer Mario vannucci, who currently lives in Mexico, it would have been better for former San José mayor, Johnny Araya and his belovd Sandra Leon, to wait to marry.

Vannucci says these are not good days for the couple to be marrying, the astrologer say it would have been better after Saturday July 20.

The couple married on Friday, July 5.

“The only thing I do not like is that Mercury is in retrograde, which is the planet of communication, thus it is not recommended until July 20 to you sign a contract of any kind. I hope that’s not going to hinder the marriage, ” he La Teja by telephone.

In the experience of the astrologer, couples who marry during this period have very little miscommunication.

“I hope your marriage is based on love and not on political interests,” he added, referring to rumours that marriage took place so that Johnny can have a First Lady when he is elected president.

As to the elections, Vannucci has no doubt that Johnny will be the next president.

“She is more sentimental than he. He is an entrepreneur and she will be an emotional support”, says Vannucci.

He added that men always working with the power have a need for a person to help them with their spiritual balance and that will be the main role of Sandra in the relationship, especially now at the start of the election campaign.