Carlos Alvarado explains his decision not to appoint ambassador to Nicaragua

President Alvarado cites the violence of 2018, closings of the media, the imprisonment of political actors, and other acts, for not appointing an ambassador to the neighboring country 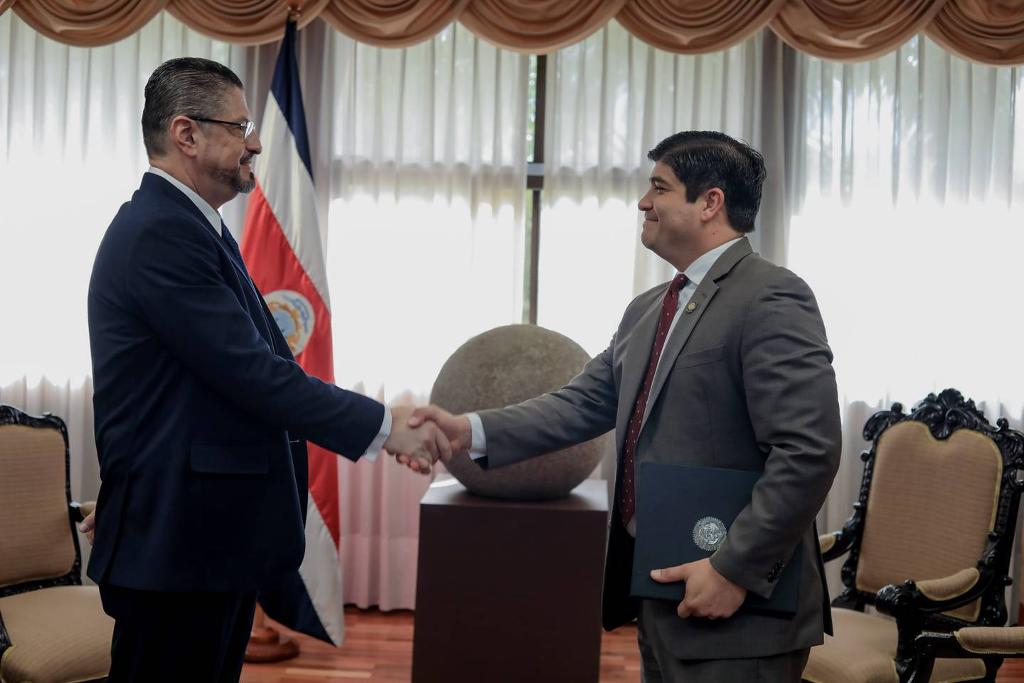 QCOSTARICA – President Carlos Alvarado on Tuesday explained his reasons for not appointing an ambassador to Nicaragua during his administration, the explanation coming a day after president-elect Rodrigo Chaves announced that he would fill the position.

The ambassador to Nicaragua post has been vacant since 2018 after the last ambassador in Managua was Eduardo Trejos was recalled.

At his first press conference after being elected, Chaves was emphatic that there be diplomatic relations with Nicaragua and therefore there should be an ambassador in the neighboring country.

“My inclination is to appoint an ambassador in Nicaragua (…) we are not at war (…) when they expel Nicaragua from the OAS (Organization of American States), then we would have to think about it (removing the possible ambassador),” said Chaves..

The following day, President Alvarado offered this: “During my term in office and, especially since the closings of the media (in Nicaragua), the imprisonment of political actors and other acts, as well as the violence in April 2018, that succession of events led us to take the determination not to name a successor in the (Costa Rica) Embassy ​​because they are facts that we describe as serious.”

“The constitutional mandate gives the president of the Republic the direction of foreign relations and, as long as I am president, that will be my position,” Alvarado asserted, who avoided referring to the handling that the future administration may make of relations with Nicaragua.

President Alvarado explained that it does not seem appropriate for him to express his opinion on the future decisions of the new government.

In November 2021, Costa Rica ignored the elections through which Daniel Ortega ensured continuity in power, considering that the process was not credible, independent, or fair.

‘Sending an ambassador is legitimizing a dictatorship’

Javier Sancho, who was Costa Rica’s ambassador to Nicaragua from 2012 to 2016, stated that President Alvarado’s position is “consistent with our track record of respecting the human rights and fundamental freedoms of the Nicaraguan people.”

Sancho told La Nacion that “sending an ambassador to Managua is legitimizing a criminal and corrupt dictatorship” and, before doing so, “the freedom of all political prisoners and allow the entry of the Inter-American Commission on Human Rights should be demanded”.

The diplomat maintained that “the Ortega dictatorship is the new Russian enclave in the Central American region and represents a danger for democratic countries in the face of the imbalance of forces, given the new military equipment of that country.”

“The Ortega regime is an enemy of Costa Rica and as such does not deserve to have a Costa Rican ambassador in that country, until the conditions of the Inter-American Democratic Charter are fully restored,” said Sancho.