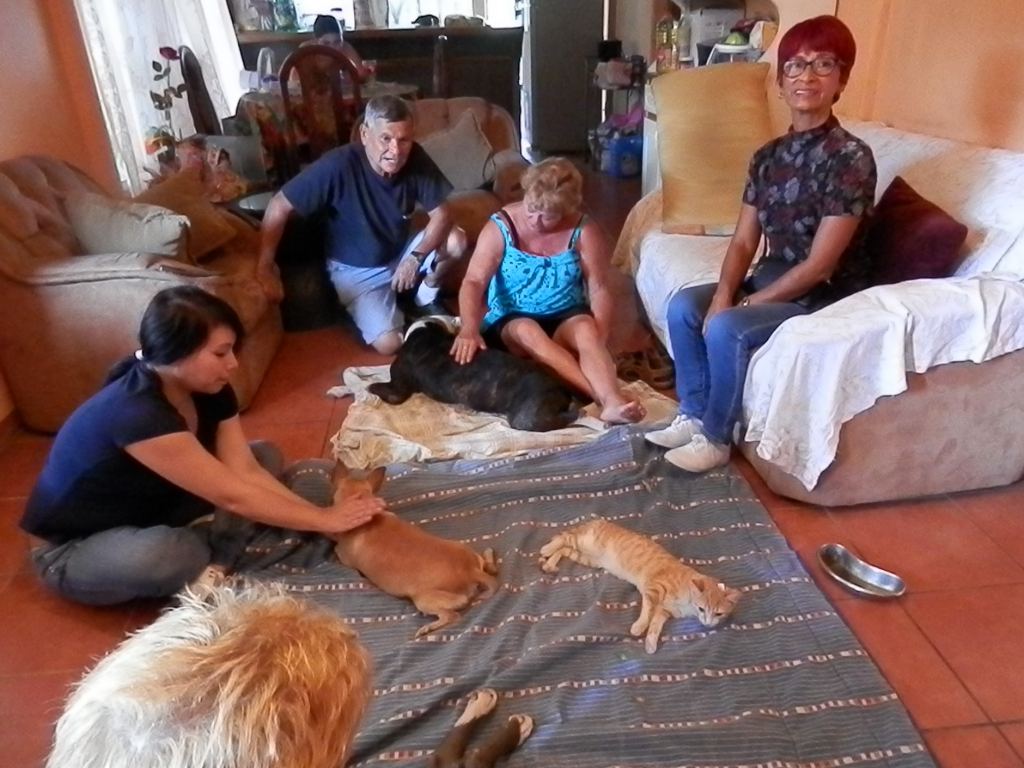 QCOSTARICA by Mitzi Stark – Years ago it was common to see packs of stray dogs roaming city streets, looking for hand outs around the central markets. Little by little that population has been reduced.

Even now the few street animals who live in the parks have sponsors and probably are castrated, that is, spayed or neutered.

About twenty years ago veterinarian Blas Rivas of Alajuela introduced a new, quick method of spaying and neutering, using a small incision and a hook-like instrument. This means a safer, easier operation and a faster recovery for the pets. 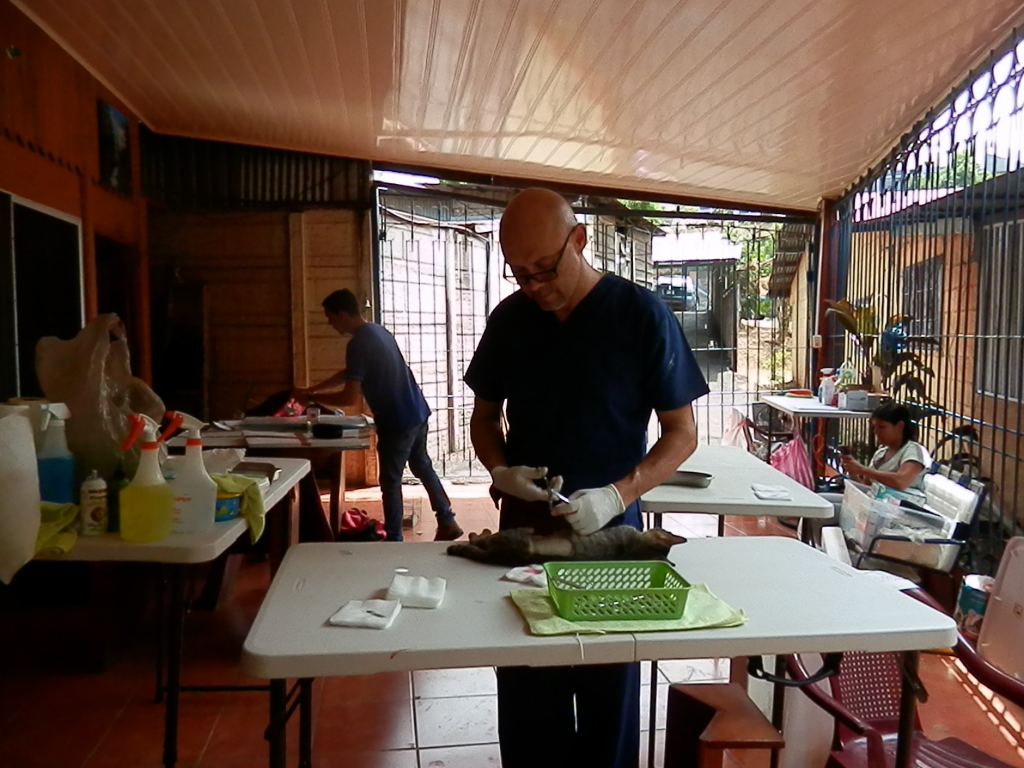 Now a veterinarian can go out to a barrio or village and spay and neuter at low risk and low cost. Flyers on lamp posts and walls announce to neighbors the date and place for a campaña de castración. It may be in a school, gym, community hall, a front porch or a home.

Every corner of Costa Rica will find a group or individuals who set up a campaign. It is mostly the women who arrange and set up a campaign. In one small district of Alajuela they are held in Rosa’s laundry room which has a sink, electric outlets, ventilation and space to set up a ‘recovery room’.

Rosa offers her home because she is always finding abandoned kittens and puppies and although her husband complains about the ‘pile of animals’ sharing their home he too helps out on spay day. Her campaigns are small, averaging 20 to 25 but she aims for the near-by villages.

Some animal rescue groups have grown over time and hold huge campaigns spaying and neutering fifty and more animals in one day. In Jacó Katya Bader from Germany is the mainstay of a group that began as a rescue organization. Bader says she was born to the role.

After moving to Jacó she saw a taxi hit a dog and leave it. She took the dog to a veterinarian and now, twenty years later, Mc Kee Jacó has regular campaigns to spay, neuter and help with health problems. The active group now includes Ticos (Costa Ricans), North Americans and Germans. They raise money through a shop and sales plus donations. They always need volunteers for foster care or to help in campaigns.

In Atenas, in the western edge of Alajulea province, another group made up of Ticos, North Americans and Europeans holds massive campaigns every other month. “We did 66 at the last campaign,” says Dora Castro who started out helping others with rescue work until she found her niche. “We never have less than fifty and had 100 one time.” Dora’s group works with schools giving talks on responsibility for pets and giving each child information about the next campaign.

“I grew up with animals, in Naranjo,” she claims. “It was love.” Dori, as everyone knows her, is seen every Friday at the group’s ‘garage sale’ next to the Pali parking lot. Here they also show kittens and puppies for adoption.

Knight Breckenridge from the United States is one of Dori’s helpers. “I want to end animal suffering. Dogs running in the streets are a hazard for all.” Castration is a solution, she says. She is a regular at the Friday garage sales and castration campaigns and helps raise funds for operations.

Silvia Spix from Munich, Germany is Dora’s right hand. I always had pets as a child; dogs, hamsters, birds. After moving to Atenas she came across a street dog than hung around a school. Silvia took it to a vet and there she met Dora and soon they were working together. The three agree that their work will never end, but it is satisfying to see dogs and cats have a better life and grateful pet owners who now have less to worry about.

By now all of Costa Rica is familiar with castration campaigns.

Campañas de Castración-Costa Rica on Facebook has a list of current campaigns, or just look for flyers on posts near you.

This One I Did Not Know

One thing about living in Costa Rica or "Ticolandia" are the...
Read more

Colombia’s senate has approved the use of chemical castration for rapists...
Read more