Caterpillars In Costa Rica Disguise Themselves as Snakes

If you’re wondering where the rest of this strange looking snake is, you won’t find it. That’s because it’s not a snake at all: It’s a caterpillar!

These caterpillars, found in Costa Rica, actually disguise themselves as snakes to ward off predators. Pretty cool, huh?

According to GrindTV, this clever caterpillar, known as the snake caterpillar, can expand parts at the end of its body to look just like a snake. What’s even more interesting is that it can actually strike, just as a snake would, but without the bite. They camouflage themselves while in their larval state before turning into moths so that their head looks just like that of a scary snake. S-s-sneaky!

Daniel Janzen, a professor of biology at the University of Pennsylvania, took the photos you see here while cataloguing caterpillars in the Area de Conservacion Guanacaste, Costa Rica.

If you look at these caterpillars at certain angles they look like nothing more than harmless little caterpillars. But they have somehow adapted certain parts of their body, mainly their heads, to look like dangerous snakes. An excellent tactic to prevent becoming lunch for any larger animal!

“To normal people this caterpillar might look weird and scary, but for me it’s just a walk in the park,” said Daniel Janzen. “Every caterpillar in Costa Rica looks like something else, be it a leaf, twig, or in this case, a slithering snake,” he said.

As an insect expert for 50 years, Janzen knows quite a bit about caterpillars. He’s actually been tracking these caterpillars in Costa Rica since 1978, though the task must be very difficult, seeing as how they have so many disguises.

According to GrindTV, Janzen spends half the year at the university and the other half in Central America searching for unusual creatures like this one, which apparently is part of the hemeroplanes species. He says that he has photographed so many different bug species over the years that even though they always interest him, they rarely ever surprise him anymore. 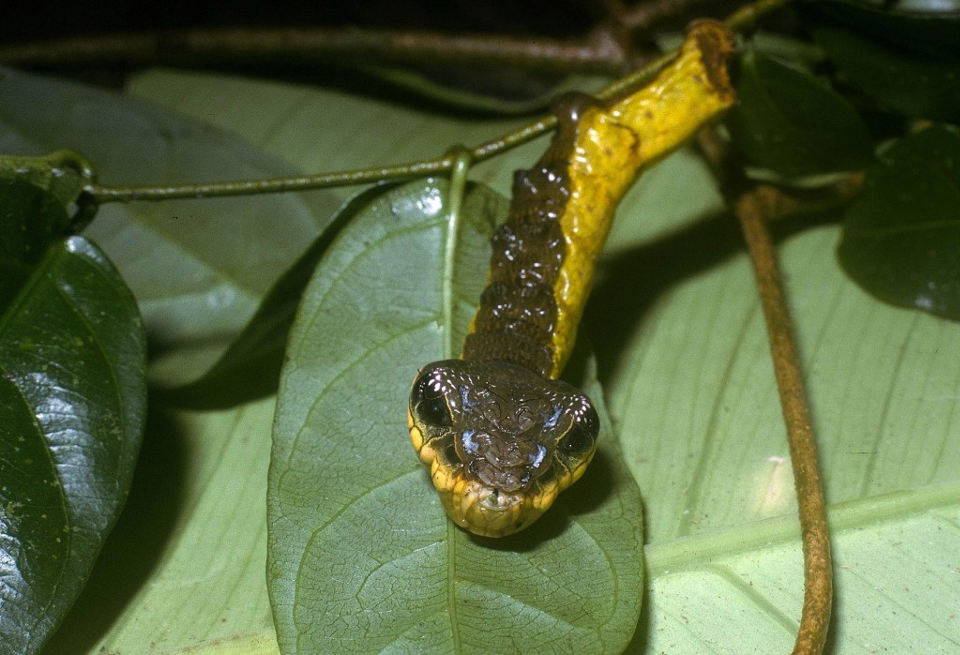 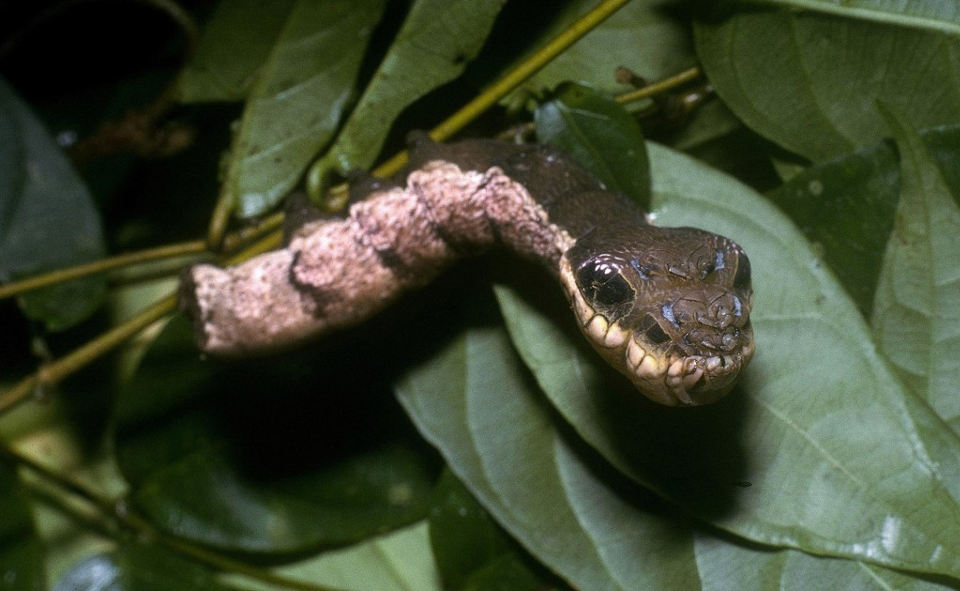 - Advertisement -
Paying the bills
Previous articleIRS To Hold Webinar On Foreign Reporting For U.S. Citizens in Costa Rica
Next articlePresident Solis Says “He Is Not Tolerant” Of Striking Teachers