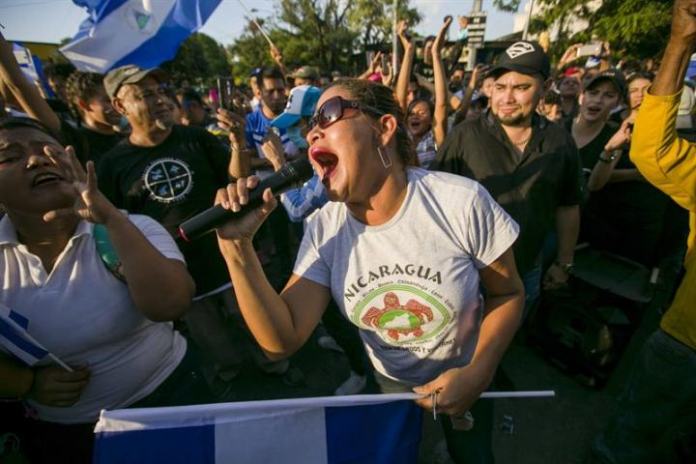 The Episcopal Conference of Nicaragua (ECN) agreed on Tuesday to be the mediator and witness of a dialogue proposed by the Daniel Ortega administration to overcome a crisis and ongoing demonstrations that have left at least 30 people dead and 428 injured, according to NGOs and official sources.

The president of the ECN, Cardinal Leopoldo Brenes, said in statements to the press that the ECN accepts the role of mediator and witness of the dialogue called by President Ortega on Sunday “in the face of the very serious situations that Nicaragua has experienced and that exacerbated last week.”

Ortega invited Cardinal Brenes and the bishops to be guarantors of the dialogue between the government, the private sector and workers.

Although the president had said he would not agree to hold dialogue with conditions, the clergy made a list of basic requests.

“To ease the atmosphere of dialogue, we consider it is essential and imperative that both the government and every member of civil society avoid all acts of violence and disrespect for public property and maintain a serene climate with absolute respect for the life of each and every Nicaraguan,” the ECN said in statements read by Cardinal Brenes.

In the statement, signed by the plenary of bishops who make up the ECN, the Nicaraguan clergy said they hope “that with a sincere spirit and a will to fly the flag and find the paths of peace, which rests on justice, equity and law, the Nicaraguan brothers will accept us as mediators and witnesses.”

“We are waiting for their respective acceptance,” they said in the document, in which they claim to have agreed to mediate “after praying, listening and asking for the lights of the Holy Spirit.”

As a result of the various acts of violence in the protests in Nicaragua, the non-governmental organizations and the Nicaraguan Red Cross reported that there have been at least 28 people killed, among them two policemen, one teenager and one journalist, and 428 injured, while more than 200 protesters have been arrested or have disappeared.

The announcement of social security reforms by the Ortega administration started the widespread demonstrations in the Central American nation between Wednesday and Sunday, although the changes were subsequently repealed in an attempt to avoid aggravating the situation.

The demonstrators also protested against alleged electoral fraud, the continuous rise of fuel prices, the impunity of the police and the unexplained deaths of peasants who opposed the government, and the government’s discourse of “peace and reconciliation” that supposedly does not reflect the reality of the country.