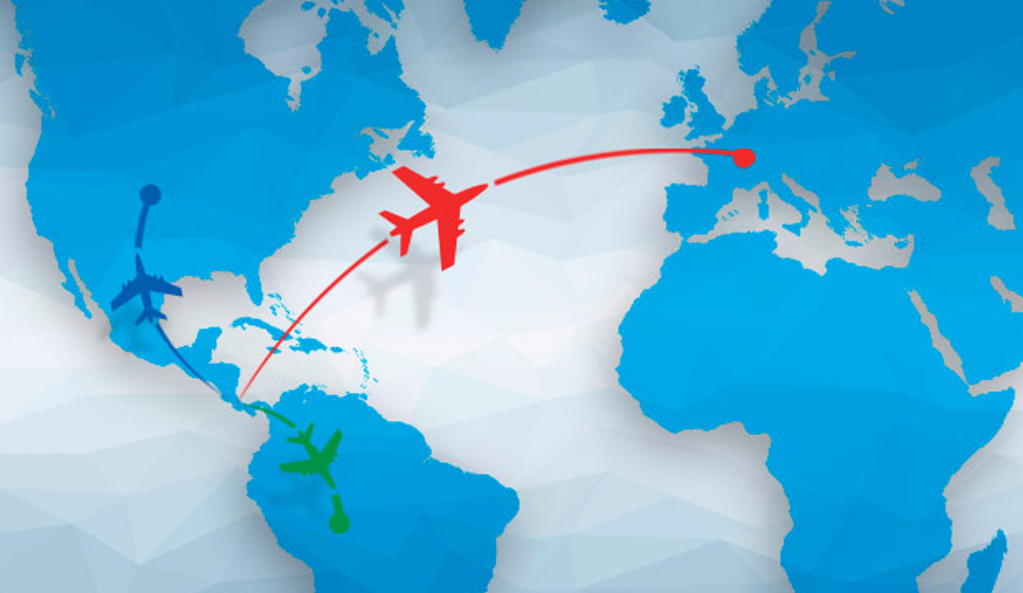 With the start of the flight from Frankfurt, Germany by Lufthansa, Costa Rica now has a record 446 direct flights a week between San Jose, Europe and the Americas.

Of the total, 423 are commercial and 23 chartered.

The figure varies according to the season, as airlines increase their frequencies in response to demand, that is, there could be more flights to a city or reduced due to low occupancy.

Currently, there are 27 airlines operating in the country, a result of the arduous work by the Instituto Costarricense de Turismo (ICT) – Costa Rica’s Tourism Board – and the AERIS, the San Jose’s Juan Santamaria international airport (SJO), who are constantly working to attract more airlines, better connections and with lower prices.

“The attraction of airlines is the result of a comprehensive strategy that was reinforced and accelerated three years ago and that has been successful in the development of tourism in Costa Rica,” said Tourism Minister Mauricio Ventura.

In addition, some of the airline’s codeshares, that is a flight booked on British Airways with a few flights a week to San Jose, may be operated by Iberia with daily service.

The increase in flights has also meant lower ticket prices. Commerical flights between San Jose and the U.S., Canada and South America can be as low as US$300 return; less than US$200 to Mexico and Central America; and less than US$1,000 to Europe.

For the most current list of airlines operating to and from the San Jose airport (SJO) and flight arrivals and departures.