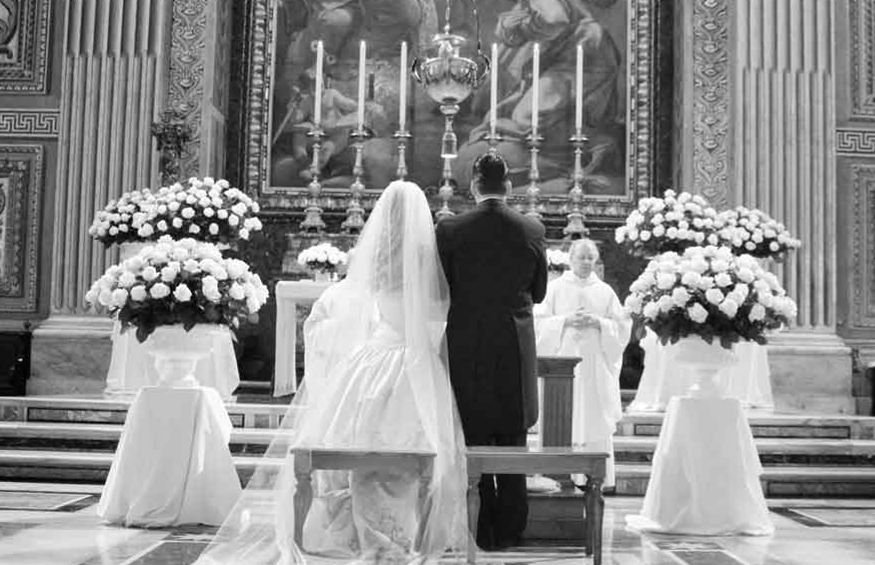 COSTA RICA NEWS – The Catholic Church in Costa Rica says that many couples living together are choosing to marry at the altar. So far this year, Catholic Church weddings are almost at 40% of the total number of marriages in the country.

However, the downward trend of Church weddings reversed last year, increasing to a total of 33%, according to Registro Civil (Civil Registry) records. In the first half of this year, the number has risen to 39%.

According to Ronny Solano, head of the family ministry at the Episcopal Conference, there is a tendency of couples living together  to formalize their relationship with a Church marriage, rather than civil. “Possibly, they elect to receive the sacrament of marriage because it give them more security and stability,” said Solano, reminding us that for the Church, divorce is not an option.

The priest added that couples are finding that life is not just about “disposable issues, stability is required and a Church marriage guarantees that.”

Daniel Blanco, a member of the Ecclesiastical Court of Costa Rica, added that the age of those getting married has risen. “At an older age, they become aware they need to have the nuptial blessing,” said Blanco.

The number of civil unions is still dominant in a country with a Catholic majority, although the percentage of believers of the religion fell from 73% to 57% between 1999 and 2013, reveals a survey by UNIMER.

According to Solano, many of the “civil marriages” could be under the umbrella of other religions, perhaps because they had some “irregular situation” with the Church. The Catholic Church, for example, does not allow divorcees to remarry.