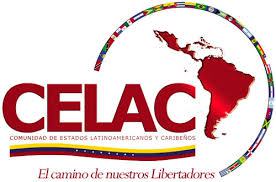 QCOSTARICA – The National Coordinators of the Community of Latin-American and Caribbean States (CELAC) condemned the economic, commercial and financial blockade of the United States against Cuba, confirmed members of this group Monday.

In Costa Rica, the meeting was held Sunday ahead of the start of the 3rd Summit of  the CELAC that takes places on January 28 and 29. The coordinators of 33 nations in this community endorsed the resolution presented by the Cuban delegation on this matter.

The text ratifies the rejection to the blockade, violating International law, and addresss the announcement on December 17 by the Presidents of the United States and Cuba, Barack Obama and Raúl Castro, respectively, on the intention of normalizing the diplomatic relations between both countries.

The text also urges Obama to adopt all the measurements that are inside his executive faculties to modify substantially the application of this restrictive politics against Cuba.

The coordinators of the CELAC requested to the Congress of the United States to initiate, in the short term, a discussion on the elimination of the imposed measure that has been doing harm against the government and people of Cuba, for more than half a century.

The meeting of national coordinators took place the weekend in the Pedregal Convention Centre in San Antonio de Belén, in Hereida, the same location where the CELAC summit will take place.