CELAC: Waste of Time and Money 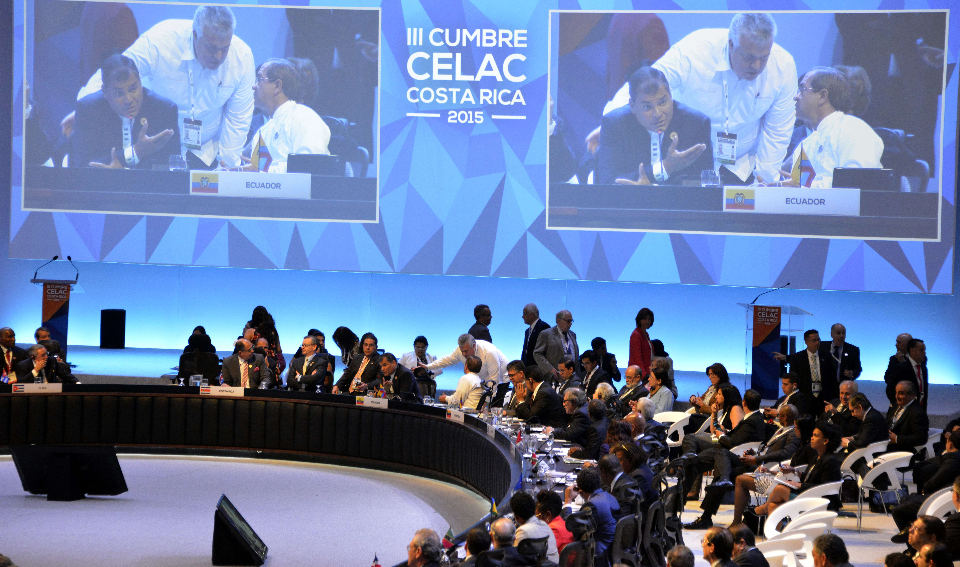 QCOSTARICA – The 3rd Summit of the Community of Latin American and the Caribbean resulted in an expected collection of platitudes which can be summarized by everyone willing to “be rich and healthy and not poor and sick”, plus a media show of diplomatic excesses.

The meeting was attended by all the leaders who were able to, obviously not because they expected to accomplish anyhing that might benefit the people of their respective countries, but simply because “you have to be there”.

The main document presented as the result of the summit, the Political Declaration of Belen, is an example of the never ending list of statements signed by all members of a group of people who when a government take action, think in very different and even opposite ways, meaning that consensus can only ever be achieved on generalities:

“… We will strengthen unity in diversity, integration, cooperation, solidarity and development of national and regional capacities, so as to allow us to move towards greater prosperity and welfare of the Latin American and Caribbean peoples.”

“… The eradication of poverty and sustainable development with social, economic and financial inclusion, are challenges that require global, regional, national, local and community efforts. Irreversible poverty eradication is in turn an essential requirement for sustainable development and to ensure equal opportunities for progress in societies. There can be no sustainable development without the inclusion of vulnerable groups, such as indigenous peoples and other tribal peoples, Afro-descendants, women, elderly, people with disabilities, migrants, children and adolescents. Equity, social, economic and financial inclusion and access to fair credit, are central to assure everyone the full access to justice, citizen participation, welfare and a decent life. The promotion of a culture of peace and non-violence are also key elements for achieving sustainable development. ”

Comments on the topic by political analysts are telling:

Eduardo Ulibarri, former Ambassador of Costa Rica to the United Nations, said in an article on Crhoy.com: “… there is an excessive number of meetings which generate joint statements on dozens of topics. Parallel to that there are multiple releases, which gives them a rhetorical feel but no concrete result. ”

Today, Saturday, June 12, only ODDS can circulate. The measure is countrywide and applied between 5:00 am and 9:00 pm, save for those under the...
El Salvador