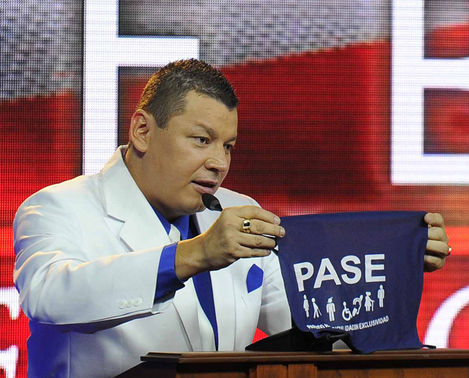 COSTA RICA NEWS (inews.co.cr)  – The drain on taxpayers continues from political parties trying to bill the Supreme Elections Tribunal (TSE) — and thus taxpayers — for campaign expenses that they did not incur in early 2014, The 2010 election was rampant with ripoffs and now the Accessibility without Exclusion Party (PASE) tried to do the same.

In 2013, PASE gave some ¢300 million colones in bonds to finance its campaign. The problem is that the value after the election depended on how well the party performed at the polls. The party then placed the bonds for safekeeping in the hands of its vice presidential candidate Zulema Villalta while it sought buyers for them.

According to La Nacion, the party then included 1,000 of its unused bonds in an attempt to obtain public funds to pay back “campaign expenses from taxpayer money set aside for the purpose of making certain small parties like PASE could compete against large parties.

In other words, the party presented a false accounting of how the money was spent between Jan. 31 and Feb. 4 while the bonds were still sitting in Villalta’s safe. The signature on the receipts for such “services” as vehicle rental and payments to individuals for poll watching was that of Oscar Lopez.

Lopez breezily explains that the billing is to pay “creditors” for the specified services. The TSE is meticulous in its accounting and the method of billing just doesn’t work that way. Payment of public funds comes from actual expenses.