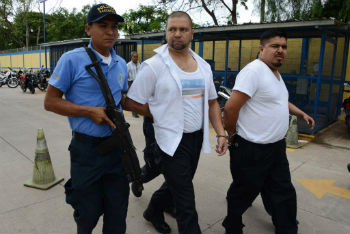 Authorities across Central America have dismantled a migrant smuggling network that spanned from Brazil to Mexico, a remarkable sting operation that comes amid heightened US concerns of potential terrorists using these networks to illegally enter the United States.

Twenty-nine alleged members of the network were captured in El Salvador, Honduras, Costa Rica and Panama during coordinated raids on June 28 as part of “Operation Mesoamerica,” reported Prensa Libre. Guatemalan authorities arrested the alleged ringleader, Luis Leonardo Mejía Pasapera, alias “Leo,” along with eight other suspects. Twelve individuals were detained in Panama, five in Honduras, two in Costa Rica, and one in El Salvador, according to Guatemala’s Public Ministry (as the Attorney General’s Office is known there). One of the leaders of the smuggling network was arrested last week in Brazil.

Many of the migrants were of Asian or African nationalities looking for passage into the United States. The trafficking network gathered migrants in Dubai, according to investigators, where they were provided with documentation to enter Brazil. Once in Brazil, the migrants traveled by plane to Colombia before entering Panama by land. The network then smuggled the migrants through Central America, using either Pacific or Atlantic sea routes.

When the migrants arrived in Mexico, criminal groups used them as mules to smuggle drugs into the United States, according to Costa Rica’s attorney general, Jorge Chavarría. Prensa Libre reported the smuggling ring charged each migrant between $7,000 and $25,000 for the journey.

Guatemala’s Secretary General of the Public Ministry, Mayra Véliz, said the network was well-organized and capable of smuggling up to 150 migrants at a time.

“It is perhaps the most powerful migrant trafficking organization in the region,” said Mauricio Boraschi, a prosecutor in Costa Rica investigating organized crime.

Véliz said the investigation into the smuggling network began in March 2015 based on information from the US Embassy in Guatemala. US Immigration and Customs Enforcement (ICE) supported the operation that led to the arrest in El Salvador, reported La Prensa Gráfica. 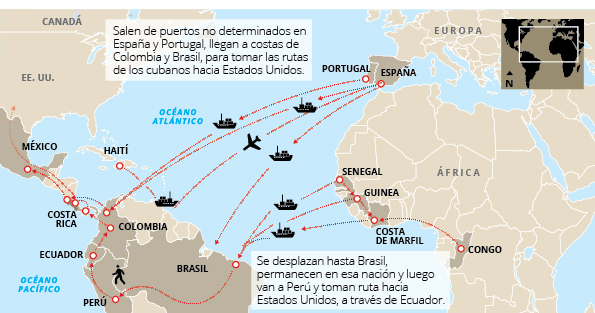 Guatemalan authorities said there are still suspected operatives who have yet to be detained.

As of now, it is unclear what role US authorities played in either coordinating or assisting in Operation Mesoamerica. The only information that has been reported so far is that the US Embassy in Guatemala alerted local authorities to the existence of the migrant smuggling network in early 2015, and that ICE provided support to the operation in El Salvador. Repeated attempts by InSight Crime to reach the US Embassy in Guatemala’s press office were unsuccessful.

Some US officials familiar with the issue are concerned migrant smuggling networks may be aiding potential terrorists illegally enter the United States. Under this pretext, the smuggling networks vault from an illegal immigration issue to a national security issue for US authorities. However, almost 15 years after September 11, there is no indication terrorists have illegally entered the United States from Latin America. And evidence of an overarching terrorist-organized crime nexus in the region remains scarce.

Although these fears originate from the events of September 11, 2001, there may be heightened attention on this issue now for a couple of reasons. First, the huge influx of Central American migrants into the United States could be making the US southern border increasingly vulnerable. A US border patrol agent told the Arizona Republic last November that he fears criminal groups could smuggle potential terrorists across the border while a distracted US force is busy rounding up and deporting migrants.

Second, a high-ranking US official has suggested potential terrorists would prefer entering the US via smuggling networks rather than by legal means. While some US politicians oppose receiving Syrian refugees because they fear terrorists could be camouflaged as asylum-seekers, others say terrorists have quicker and less risky alternatives.

Finally, such concerns are likely fueled by reports of links between Middle Eastern terrorist groups and Latin American organized crime. There have been periodic warnings over the years about Hezbollah’s growing influence in the region, and the threat it poses to the United States, though hard evidence of that threat has not materialized.

Sofía is Giraffe #13 is born in Costa Rica. She is from Guanacaste.

QCOSTARICA - Spain had excluded Costa Rica from the list of risk countries to enter by air for presenting a negative covid-19 test (RT-PCR,...
Politics

Japan is beefing up measures against loneliness, taking a first major step toward comprehensively tackling a pervasive problem in the nation that has again...
Trends

Costa Rica is one of the world’s most desirable ex-pat locations and a retirement haven in Central America. The country is blessed with an...
Rico's Digest

RICO's DIGET - As we begin the month of March, I can't help but think back on what we have been through over the...
Health

QCOSTARICA - The International Monetary Fund (IMF) finally said yes to the loan for almost US$1.78 billion and to the fiscal adjustment commitment proposed...
Heredia

QCOSTARICA - Despite losing their home entirely in December, a Heredia received electricity bills from the Heredia Public Service Company (ESPH) for January and...
Greater Metropolitan Area

QCOSTARICA - The images filled the morning news television screen, for no apparent reason, the driver of a big rig begins to beat with...