The governments of Central America have announced plans to create a regional body to centralize security initiatives, a move that may help tackle the free movement of criminal groups across national borders and ensure security funds are used effectively. 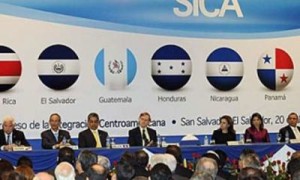 During a meeting of the Central American Integration System (SICA) in Panama, foreign ministers from the group’s eight member nations — Belize, Panama, Guatemala, Honduras, Nicaragua, Costa Rica, Panama and the Dominican Republic — agreed to create a Democratic Security Directorate. The new body will be charged with receiving and distributing international aid to the region and coordinating crime fighting efforts, reported AFP.

The creation of the directorate follows a 2011 agreement to create a coordinated Central American security strategy aimed in part at anti-drug initiatives, for which the international community pledged $2 billion, reported news agency EFE. According to SICA’s Salvadoran Secretary General Hugo Martinez, the strategy involves 22 projects, eight of which are already underway.
InSight Crime Analysis

The integration of Central American security efforts is a necessary step if the region is to work effectively against organized crime, which freely operates across borders and has eroded democratic institutions in many countries in the region.

Not only does an integrated security policy allow for a transnational approach to a transnational problem, it could also help prevent much needed aid being held up in countries such as Honduras, where deep concerns over police corruption have become an obstacle to US attempts to back security efforts.

Since this past June, the Dominican Republic has also been a full member of the SICA, meaning that, in addition to improving Central American security coordination, the new directorate will include in its sphere of influence a drug production and transshipment country along the apparently resurgent Caribbean drug route.