Jamaica v. Costa Rica: One Step Away For La Sele To Brazil 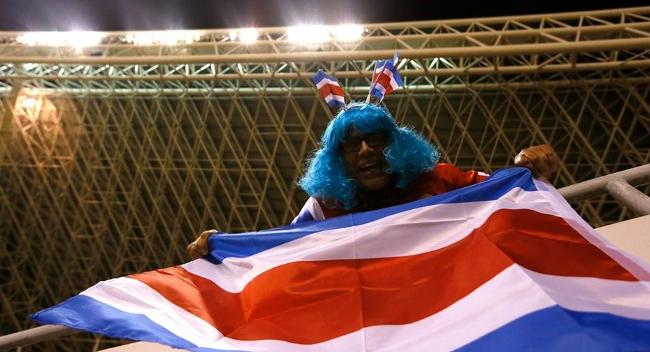 Encouraged by the recent 3 – 1 revenge victory against the United States, Costa Rica is ready to face the Jamaican National Football Team and secure a berth in the 2014 FIFA World Cup in Brazil.

Costa Rica does not have home field advantage this time around, and although some factors are coming together in favor of La Sele, a key player feels that Jamaica will be a worthy opponent.

Star striker Joel Campbell, who plays for the Arsenal of the British Premier League and is currently on loan with the Olympiakos of Greece, spoke to news daily La Nacion about a future game he feels will be the most important for Costa Rica:

“Friday’s game [against the U.S.] is in the past; we now must focus on Tuesday’s match in Jamaica. The most important game of our lives is upon us; we are one step away from the World Cup, and if we want to make it we must win on Tuesday. There is a lot of morale; from game one of the World Cup Qualifiers (WCQ) the team has been united. We are showing the strength of our country coming together.”

The young striker scored the final and decisive goal against the U.S., which saw him reacting to a long breakaway pass from Costa Rica’s defensive squad. Campbell showed tremendous speed and ball handling with an impeccable finish past goalkeeper Tim Howard.

Campell doubts that Jamaica will play it safe with a tie at home. The Reggae Boys are in danger of losing their way in the WCQ; they may be in last place now, but they still have a shot at catching up to Mexico and dispute a last-chance playoff against a team from the Oceania Football Confederation.

German manager Winfried Schaffer is very serious about coming away with a victory onTuesday’s game between Jamaica and Costa Rica. He respects the prowess of La Sele, but he has assured sports journalists that the Reggae Boys intend to stay in the WCQ. For this reason, Campbell warns about the importance of Tuesday’s game; not only is Costa Rica playing for a shot at glory in Brazil next year, but they must do so against a team that is playing their last card.

According to the Jamaica Gleaner, a few key players will be missing from the roster, including goalkeeper and team captain Donovan Ricketts. Backup goalie Dwayne Miller is recovering from an injury. Star playmaker Rodolph Austin is also out, which means that Ticos can rest a little easier on defense –although not too much. As Campbell explained, this game is far too important for Costa Rica to take it easy.