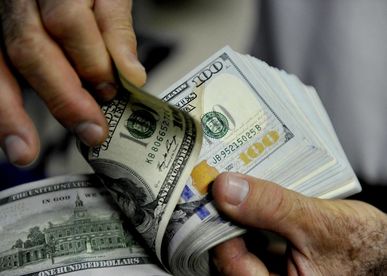 Q COSTA RICA – The Banco Central de Costa Rica (BCCR) – Central Bank – applied on Tuesday the change in methodology for calculating the reference exchange rate of the US dollar.

The change generated a reduction in the exchange differential between the average buy and sell price. The spread the day before (on Monday) was at ¢13.02, but on Tuesday fell to ¢7.07.

The Bank said the aim of the change is to bring the indicator closer to all exchange transactions in the economy, including the amounts and prices in all currency trading segments of exchange intermediaries.

The reference exchange rate is the weighted average of the buy and sell from all financial transactions. The Central Bank calculates the rate every evening of business days from Tuesday to Friday (that is there is no change in the reference rates on Sunday and Monday mornings and holidays), which rate is applied the next day.

The change was proposed last April 27, when the BCCR announced it had sent for a consultation to the reform of the Reglamento de Operaciones Cambiarias de Contado (Regulation of Exchange Rate Operations) in order to modify the current methodology.

The dollar exchange this morning (Friday) was set at ¢569.21 for the buy and ¢574.54 for the sell, the difference ¢5.33, indicating the change is giving positive results.

Besides setting the exchange reference rate, the Central Bank intervenes in the foreign exchange market in to curb hikes and falls that could negatively affect the market.