Changes In The Airport Intersection Will Reduce Travel Time By Up To 30 Minutes, Says The MOPT

The changes to the intersection east of the San Jose international airport were completed on Friday, reducing congestion in the area and travel times up to 30 minutes, according to the  outgoing Minister of Transport, German Valverde.

The completion of the work that began in February was inaugurated Saturday morning in an official act.

Despite the “completion”, work in the intersection is expected to continue, resuming after May 9, the departure of the international delegations currently making their arrivals in Costa Rica for the swearing-in ceremony of Carlos Alvarado on Tuesday.

The changes are of main benefit to eastbound (San Jose) traffic from Alajuela, with the elimination the traffic light, which was the major cause of congestion. 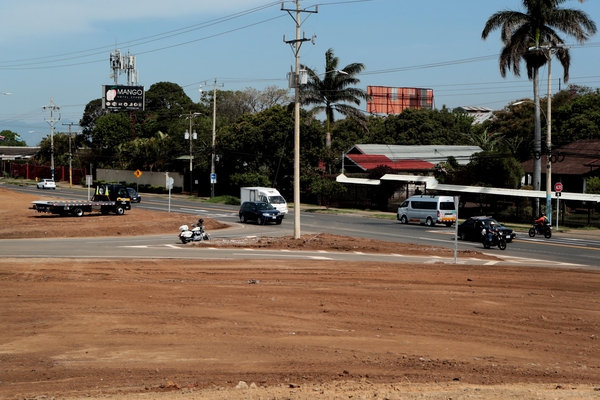 Before the changes, eastbound traffic was clogges with two lanes of vehicles – one of them of the through traffic – stopped at the left turn traffic light.

Now, eastbound traffic will continue without interruption while traffic turning off onto the Rio Segundo road will move to two left lanes to the traffic light; the through traffic lanes are not affected by left turning vehicles.

The other change is to westbound (to Alajuela) traffic that now has an exit to Rio Segundo ome 100 meters before the traffic lights. Right turns can still be made at the lights.

Traffic on Rio Segundo to the airport and Alajuela will have a new ramp.

The major change is for traffic on the Rio Segundo headed for eastbound (San Jose). There is no longer a left turn from Rio Segundo (in front of the Holiday Inn / Fiesta Casino). Traffic will have to diver to Alajuela or Heredia. 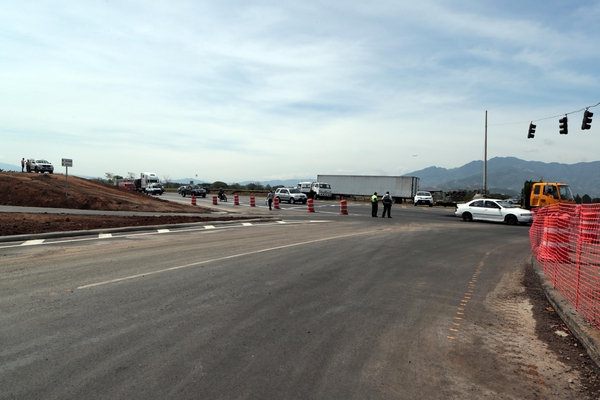 To let drivers know of the changes, the MOPT will be handing out some 4,000 flyers at the toll booths. Expected are traffic officials (Transitos) to continue to monitor and guide drivers through the changes.

Roberto Thompson, the former mayor of Alajuela, took the opportunity to remind MOPT authorities not lose sight of the fact that the airport crossing requires an overpass to resolve, once and for all, traffic congestion.

“This intervention must be complemented with additional works still pending that we hope will be materialized in the coming days, such as the accesses and exits of the city (Alajuela) (…) This road exchange urgently requires a comprehensive intervention with a first world overpass that we hope will be realized in the very short term,” asserted Thompson.

- Advertisement -
Paying the bills
Previous articleElderly German Tourist Missing In Montezuma
Next article“Ecolones” A Hit With More Than 20,000 Consumers In The First Two Weeks

QCOSTARICA - It was around 5:30 pm Wednesday when alarm bells...
Read more