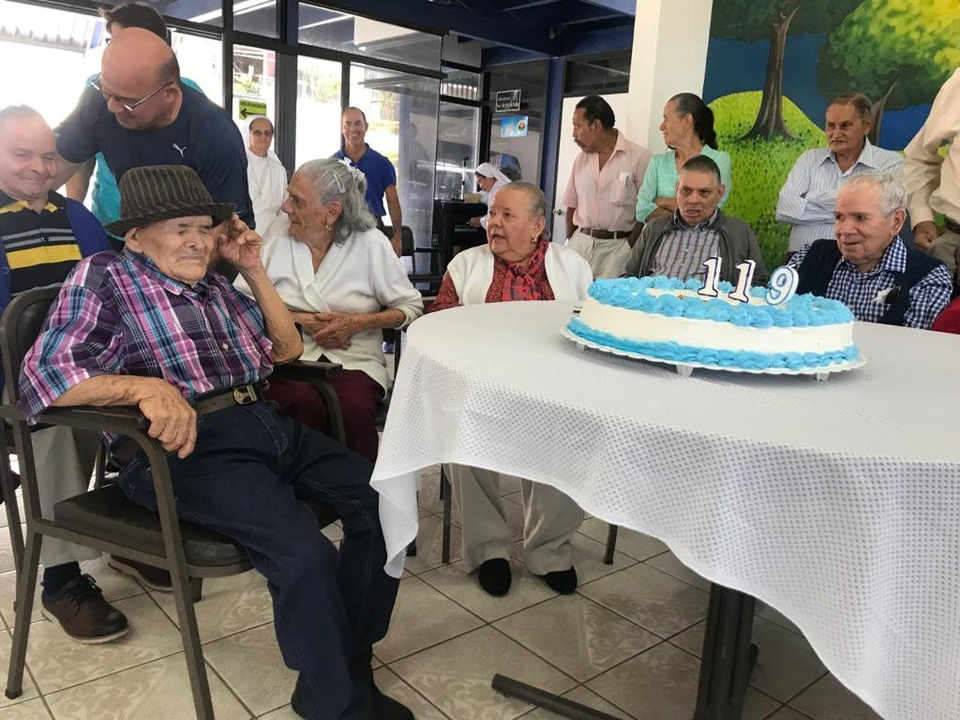 The party was held at the Chepito’s home in Piedades de Santa Ana nursing home (hogar de ancianos), where he danced, ate queque (cake) and blew out the “candelitas” (candles).

Many wonder, why doesn’t Chepito hold the Guinness record for the oldest person in the world when the oldest man ever whose age has been verified is Jiroemon Kimura (1897–2013) of Japan, who died at the age of 116 years, 54 days. 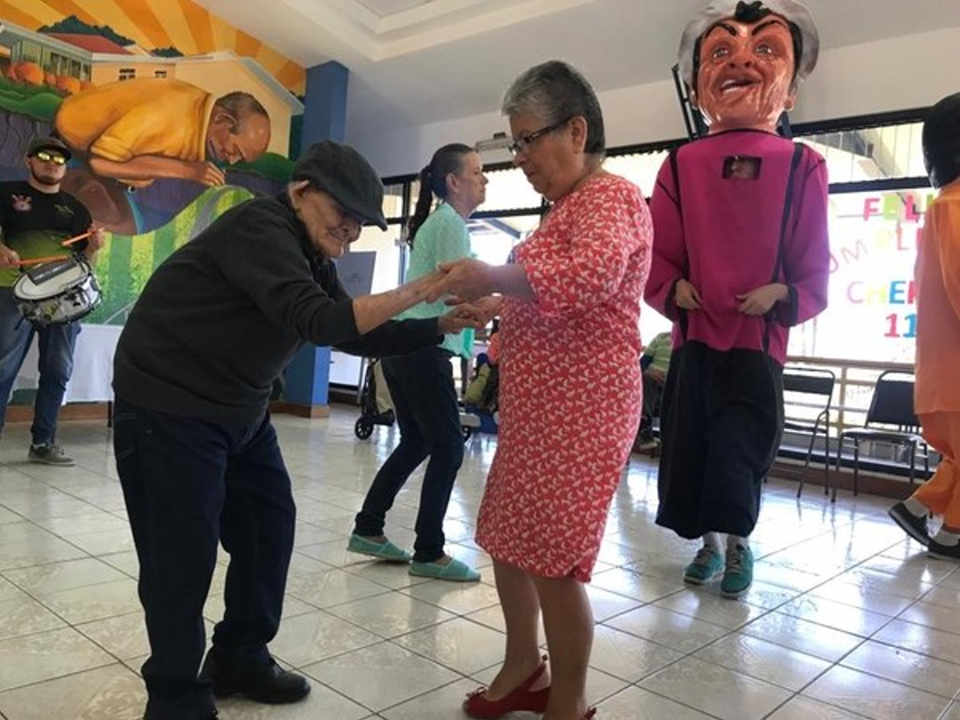 The key word is “verified”.

Dadiany Dinatteo, administrator of the nursing home explained that the sisters of the home have provided Guinness, on two occasions, the necessary documentation, however, the problem lies in that José Uriel Delgado Corrales was indigent for many years, and there are no records that prove what happened during that stage of his life.

According to Dinatteo, Chepito arrived at the home in 1995 at 95 years of age. That year they went to the Civil Registry to obtain his cedula. Don José, with full clarity, told the sisters who his parents and siblings were and where he was born. There they learned that he was born in 1900 and that he had no wife or children.

However, there are no registration certificates or hospital admissions, which were requested by the Guinness to continue with the process, and as they could not get them. The process stagnated.

“In twenty-five years of living in this home just once we have taken him to the hospital, his health is excellent. He is the first resident to be here that long. If he never needed medical attention here, I imagine less before. But we did not have time to continue with that (Guinness). Responsibly we answered what they asked us, but that part of Chepito’s life can only be verified by testimonies, there is no documentation and that is why they did not believe us,” said Dimatteo.

At the moment, Chepito continues to be “our great winner” in terms of years lived, although, at the international level, it is not seen that way.

Due to differences in life expectancy, the 100 oldest women have lived significantly longer than the 100 oldest men.  See here the List of the verified oldest people.

- Advertisement -
Paying the bills
Previous articleVenezuela lives through the worst blackout in its history
Next articleTwo Germans Sentenced To 5 Years For Trying To Leave With Tarantuals, Ants and Scorpion

‘Chepito’ turns 121: why is he not in the Guinness Records?

QCOSTARICA - According to his official ID, the cedula issued by...
Read more