Two Germans Sentenced To 5 Years For Trying To Leave With Tarantuals, Ants and Scorpion

The foreigners had their sentences suspended and an Interpol alert issued 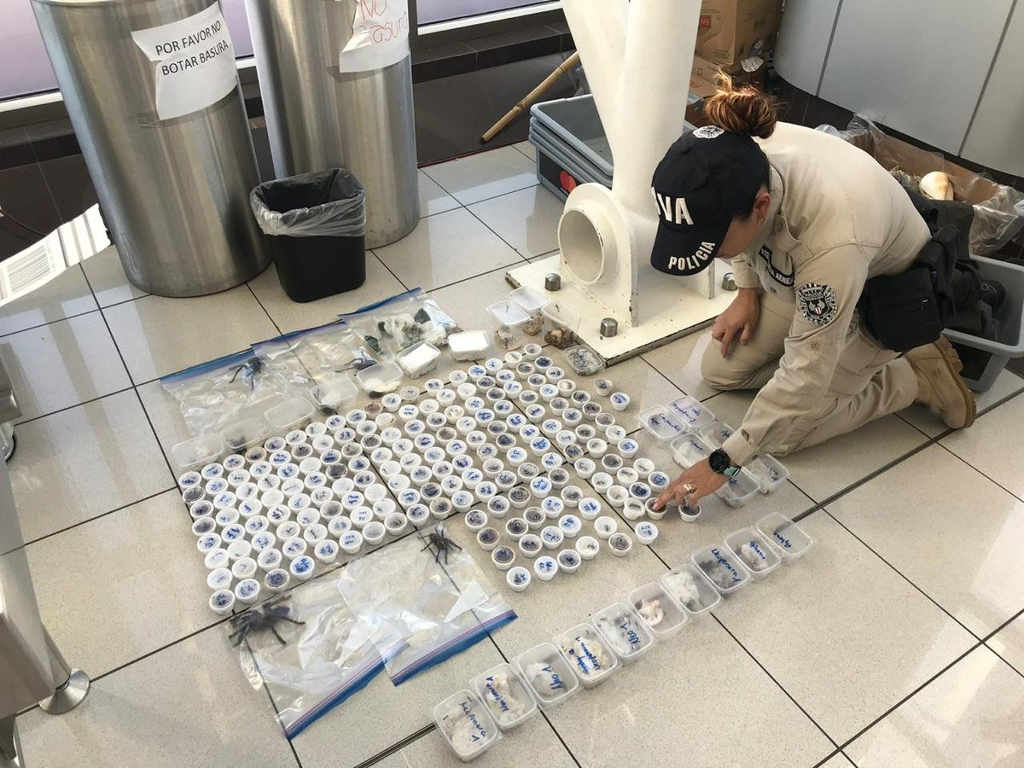 Two Germans nationals who tried to leave Costa Rica with tarantulas, ants and a scorpion were sentenced to five years, but will not go to prison.

The foreigners, Goldnik and Ollesch, opted for an abbreviated trial in which the entered a guilty plea in violation of Costa Rica’s Ley de Vida Silvestre (Wildlife Law).

Despite their guilty plea, the Court issued a suspended sentence, however, made it clear that if they commit a crime in the country during the term, the suspended sentence will be revoked and will have to serve out their time in prison.

“In addition, Interpol and to Europol was contacted so that they activate an alert, each time the accused enter a country,” the Prosecutor’s Office reported.

The men were arrested last February 11 at the Juan Santamaría International Airport – San Jose airport – after the German authorities issued an alert for the two men.

When their suitcases were inspected, authorities found 354 containers with different insects, which included different types of ants, 12 types of spiders and a scorpion.