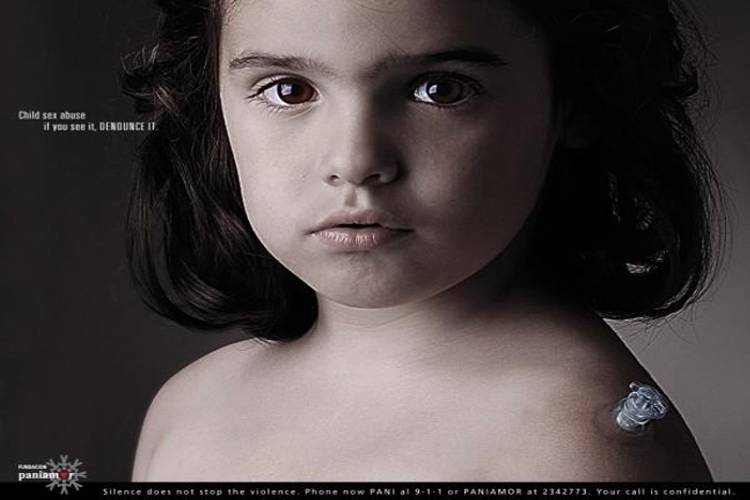 The Hospital Nacional de Niños (HNN) – Children’s Hospital in Costa Rica – reports for 2013, 2.487 alleged cases of abuse, of which 1.508 were investigated by the Social Work department at the medicale centre.

The HNN report indicates that in 41.7% of the cases, the abuse included falls, burns, not bringing children to medical appointments or give them their medication, in addition to not feeding them well.

Next are cases of psychological abuse, children whose parents are constantly yelling that them or spoken to in a vulgar or grotesque manner. The cases of abandonment, children left home alone or with improper supervision are also considered abuse by the HNN.

The last item of aggression against children, accounting for 4% of the total, is sexual abuse. In those cases the HNN files an immediate report with police.

The HNN says it also treats children with Münchausen syndrome and newborns whose mother is a drug and/or alcohol abusers during pregnancy, as cases of child abuse.

According to Dr. Rodolfo Hernández, director of the HNN, the numbers of the last weeks of December have yet to be tabulated, but overall abuse was down slightly this year over last.

“On the positive side, in terms of child abuse there was no increase in the number of cases over the previous year. And if we look at the actual number of suspected cases, there was a decrease of 2%…”,  said Hernandez.

Difficult for HNN staff is with children under 2 years of age, due to the child’s inability to correctly communicate what is happening.

In the case of any suspicion of abuse, the HNN staff investigate the case and contact the  Patronato Nacional de la Infancia (PANI) – child welfare agency – to make an assessment and gather evidence about the family and take the appropriate legal action.

Director Hernandez explained that it is the PANI to decide on the action, that could include a ban on parent(s) visits when abuse is suspected.