The Chilean leader seemed to suggest that victims were partly to blame for violence against women as he heralded a new law that sees tougher penalties for femicide. 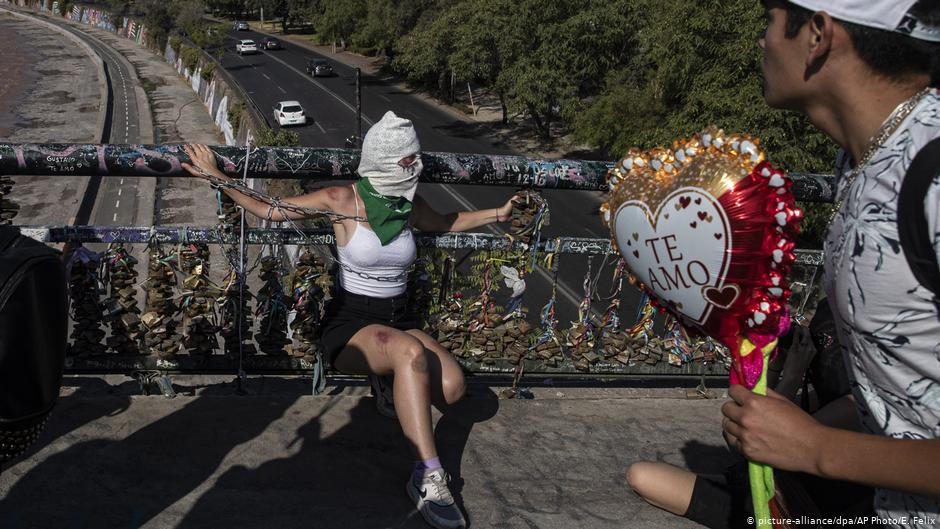 Chilean President Sebastian Pinera signed a law Monday that expands the definition of femicide but also came in for criticism for comments that seemed to suggest that female victims of violence were partly to blame.

“Sometimes it’s not just men’s desire to abuse, but also the women’s position to be abused,” Pinera said while announcing the new law alongside his wife Cecilia Morel and Women’s Minister, Isabel Pla.

“We need to punish the abuser, and we also need to tell the person abused that they cannot allow this to happen and that the whole of society will help and support them in denouncing these events and ensuring they don’t happen again,” Pinera added.

The new law, named after Gabriela Alcaino, who was murdered by her boyfriend in 2008, means sentences of up to 40 years for femicide. It widens the categorization to include the killing of non-married partners and introduces additional penalties for the killing of particularly vulnerable women. Before it only concerned married couples or those living together.

It defines crimes against women as any that represent a “manifestation of hatred, contempt or abuse because of gender,” and
covers physical, sexual, economic, institutional, political and workplace violence.

But it was Pinera’s comments regarding female culpability that sparked outrage among women’s rights groups.

“Blaming the victim of violence against women is intolerable, but even more so in the context of the Gabriela law,” said a statement from the Observatory Against Harassment Chile. “It’s a statement of ignorance that violates women, especially the victims of violence.”

The president told reporters: “I want to be very clear: our government’s position is zero tolerance for any type of violence or abuse of women.”

Last year a Chilean feminist collective created a musical performance entitled “The Rapist Is You” following a spate of abuse cases against women in Latin America, and in Chile in particular. The song, initially performed by a group called “Las Tesis” in Santiago, went viral as it was heard in protests elsewhere, including in London, Paris, Mexico City and Bogota.

A rendition also occurred in Istanbul on December 8 last year when the police interfered and detained several of the dancing protesters. A few days later, several female Turkish MPs sang the song in Turkish parliament.

More recently, a flash mob happened at Harvey Weinstein’s sex crimes trial as women clad in black chanted “The rapist is you!” outside a New York courtroom.

Chile looking ahead to a recovered 2022/23 cruise season