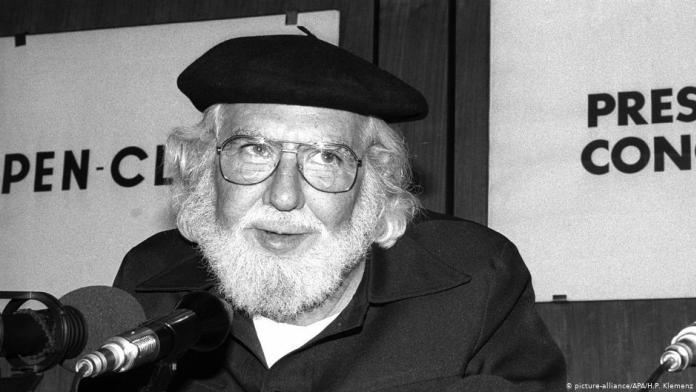 The renowned poet Ernesto Cardenal died on Sunday at the age of 95 in Managua due to heart and kidney problems, a close relative said.

A strong critic of Nicaraguan President Daniel Ortega, he was suspended by the Catholic Church for more than three
decades because of his political activism.

”Our beloved poet has begun the process of integrating with the universe, with the greatest intimacy with God,” said his personal assistant, Luz Marina Acosta.

Born to a wealthy family, Cardenal became a priest. He was influenced by the leftist Liberation Theology movement that swept through Latin America during the 1960s, which centered on working to help the poor and the oppressed.

Cardenal went on to found a community of peasants, poets and painters in 1966 that embodied the artistic opposition to the dictatorship of Anastasio Somoza,

The then-priest actively supported the Sandinista revolution that overthrew Somoza in 1979. But his involvement in politics got him in trouble with the Vatican, as the Sandinistas tapped him for minister of culture.

In 1983, Pope John Paul II publicly confronted Cardenal at Managua’s international airport at the beginning of an official visit, where he scolded him for involving himself in politics.

The pope eventually suspended him from the priesthood along with his brother Fernando, who was then serving as minister of education.

Though Cardenal distanced himself from politics, he emerged in his final years as a critical voice against his former Sandinista ally Daniel Ortega, once he returned to the presidency in 2007.

The former priest labeled Ortega’s rule as the beginning of “a family dictatorship” and backed the anti-government protests that broke out in 2018.