China And Her Environmental Record 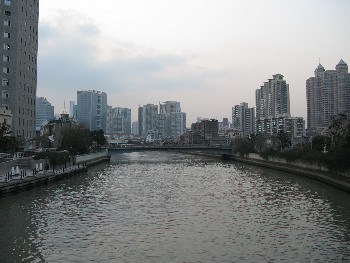 In the wake of the visit of the political leader of the People’s Republic of China, Xi Jinping, journalist Gustavo Arias of business weekly El Financiero, owned by Grupo Nacion, published a series of facts about the Asian economic powerhouse and her environmental record as it relates to Costa Rica.

Mr. Arias did not mince any words when mentioning the irony of China’s Presidential visit to Costa Rica taking place around the time when the United Nation’s World Environment Day is celebrated. The visit seemed to be a success for both nations, at least in terms of signing agreements, treaties and establishing a climate of friendship. Mr. Arias, however, is not too sure about Costa Rica’s friendship with a nation he calls a global “toxic bomb.”

On his June 5th column in El Financiero, Mr. Arias lamented the fact that Costa Rica sought friendship with a country that practices an economic model that is destructive and opposed to sustainable practices. He then set out to list the supporting facts:

The Chinese government has admitted that the use of toxic and noxious chemicals have endangered both life and their ecosystems. However, just like the United States, China does not wish to partake in emission-reduction plans that may hinder their economic growth. In other words, it may be too late to turn back the industrialization clock for China.

In the end, Mr. Arias argues that, while Costa Rica’s environmental track record is far from perfect and the country engages in greenwashing from time to time, a partnership with China could spell greater environmental losses to our country.

- Advertisement -
Paying the bills
Previous articleThank You For The Trees
Next articleGisele Clings to Baby Vivian on the Costa Rica Beach!