COSTA RICA EXTRA – Apple is reportedly facing a purchasing ban on certain products for Chinese government use. The powers-that-be in Beijing have excluded the iPad and MacBook from a list of products that can be bought with public money, Bloomberg said Wednesday, citing “government officials familiar with the matter.” 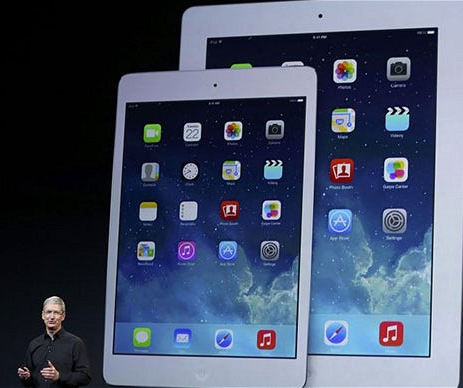 Specifically, the iPad, iPad Mini, MacBook Air, and MacBook Pro were included on a Chinese government procurement list in June but found themselves off the list in July.

A major ban in China could potentially affect Apple. Including consumer and business purchases, the country accounted for about 16 percent of Apple’s us$37.4 billion in overall sales last quarter, according to Bloomberg. Sales of the iPad in China jumped by 51 percent compared with the same quarter last year, while Mac sales rose by 39 percent over the same period.

Apple also worked hard to secure deals with China’s top three mobile carriers to offer the iPhone. The iPhone isn’t listed as one of the banned products for government purchase, though it’s the one that recently triggered some controversy.

American politicians have, for years, cautioned government contractors against buying equipment made by Huawei and ZTE, the telecommunications firms, effectively banning them from doing business in the US.

Washington’s intelligence committee did not have firm evidence of wrongdoing, but raised fears following “dozens and dozens” of calls about Huawei and ZTE equipment behaving suspiciously.

More recently, China has warned government officials not to buy antivirus software from Symantec Corporation and Kaspersky Lab, the US technology companies.

Chinese President Xi Jinping has called for his country to become a technology leader and to develop its own software and technologies. “Only if core technologies are in our own hands can we truly hold the initiative in competition and development,” said Jinping in a June meeting. “Only then can we fundamentally ensure our national economic security, defense security and other aspects of security. We cannot always dress up other people’s yesterdays as our own tomorrows.”

Today, Wednesday, June 9, only EVENS can circulate. The measure is countrywide and applied between 5:00 am and 9:00 pm, save for those under the...
Reports

Q24N - El Salvador may be the first country to adopt bitcoin as legal tender, but recent developments suggest that it might not be...
Business

HQ - The appearance of pests and diseases, in particular the 'dragón amarillo' (yellow dragon), the impact of the weather and a sharp drop...
Latin America

(DW) Jon works for the local government in the US state of Virginia. The 40-year-old received both his COVID shots in April. Most of...
Reports