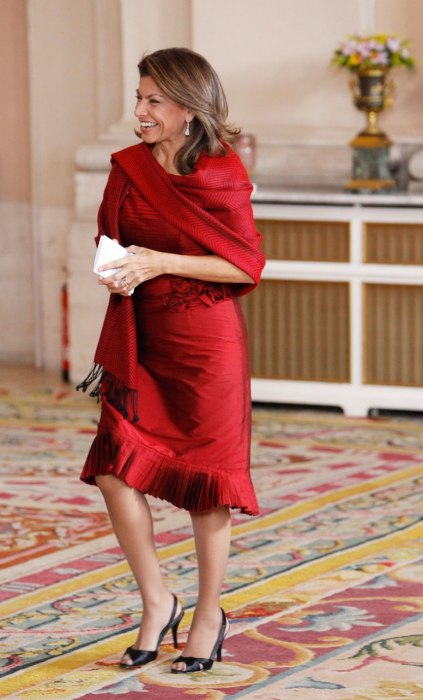 Vanity Fair magazine lists Costa Rica’s presidenta second of the ten best-dressed world leaders, the top among the four women on the list.

VF says Costa Rica’s Presidenta is “progressive” when it comes to her dress.

The Presidenta is number two on the Vanity Fair list, behind UK Prime Minister David Cameron and ahead of the Primer Minister of the Netherlands, Mark Rutte.

VF describes Laura Chinchilla as: the first female president of Costa Rica, is a social conservative and progressive dresser. For her inauguration, Chinchilla wore a white skirt and white suit jacket featuring a built-in white cummerbund. Though she’s been in office for just under three years, she’s already experimented with a wide variety of suit shades and is often photographed wearing gem tones of green and blue. Poker-straight shoulder-length brown hair combats the aging effect that’s often a consequence of female politicians’ necessarily moderate outfits.