Another Happiness Reprt – Costa Rica Did NOT Make The List

Just Explain It: Who Are The Happiest People In The World?  Are you happy? 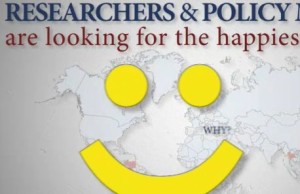 The pursuit of happiness was enshrined as a right in the United States Declaration of Independence over 200 years ago, but now researchers and policy makers are looking closely at what nations are the happiest, and why.

Last year, the United Nations passed a resolution declaring March 20, 2013 the first International Day of Happiness. The resolution recognized “happiness and well-being as universal goals and aspirations in the lives of human beings around the world and the importance of their recognition in public policy objectives.”

That’s what we set to find out, on today’s “Just Explain It.”

The United Nations believes happiness can be the result of their peacekeeping, anti-poverty, human rights and sustainability  duties. When International Happiness Day was announced, U.N. Secretary-General Ban Ki-moon said, “Social, economic, and environmental well-being are indivisible. Together they define gross global happiness.”

Research shows that people who are physically healthy, have strong social and communal ties, and have meaningful goals tend to be happier and live longer. Money only makes an impact on happiness to the point of covering necessities. Once those needs are met, research doesn’t show a correlation between more money and more happiness. Similarly, governments are also finding other ways to define national happiness and success beyond wealth and gross domestic product.

In 1972, the small Himalayan nation of Bhutan rejected GDP as a measure of its well-being and adopted gross national happiness or GNH. In Bhutan, GNH consists of shared economic prosperity, environmental and cultural preservation, and good governance. It sounds hard to measure, but it seems to be working pretty well for them. In the last 20 years Bhutan has doubled its life expectancy.

More recently in 2009 former French President Nicolas Sarkozy created a commission to measure the nation’s prosperity by looking at issues like the environment and quality of life. Meanwhile, in 2010, British Prime Minister David Cameron began measuring the nation’s “life-satisfaction” through surveys, and he directed local governments to foster well-being in an effort to improve it.

Many studies use data beyond wealth to calculate happiness and well-being, but they don’t provide a definite answer as to who are the happiest people in the world.

The United States ranked high, but came in 12th. It was the first time it wasn’t in the top ten. The two lowest ranking scores for the U.S. were in the Economy, and Safety & Security. But the biggest drops in the last two years of the Index for the U.S. were in Entrepreneurship & Opportunity, Personal Freedom and Governance.

However, a Gallup survey published last year found different results. In their survey to find the most positive nation in the world, Gallup asked citizens in 148 countries if they experienced a lot of enjoyment the previous day. They also asked if respondents felt respected, well-rested, laughed and smiled a lot, and did or learned something interesting the day before the survey. Who were the most positive people? Citizens in Panama and Paraguay answered yes to all those questions 85% of the time. In fact, eight out of the top ten countries were in Latin America: El Salvador, Venezuela, Trinidad and Tobago, Guatemala, Ecuador and Costa Rica. The other two countries in the top 10 were Thailand and the Philippines. Only 76% of U.S. respondents said yes to all of the questions, placing it in 35th place.

What might cause the different results? Gallup’s poll asked respondents more subjective questions about themselves, while the Legatum survey used both questionnaire and hard data. There could also be cultural differences as well: people in certain countries may be more or less likely to express happiness than others.

What makes you happy? Why do you think U.S. isn’t the happiest country in the world?

QCOSTARICA - Despite the improvement in tourist arrivals reported in May, with more than 72,000 visitors, both the Cámara Nacional de Turismo (Canatur) and...
El Salvador