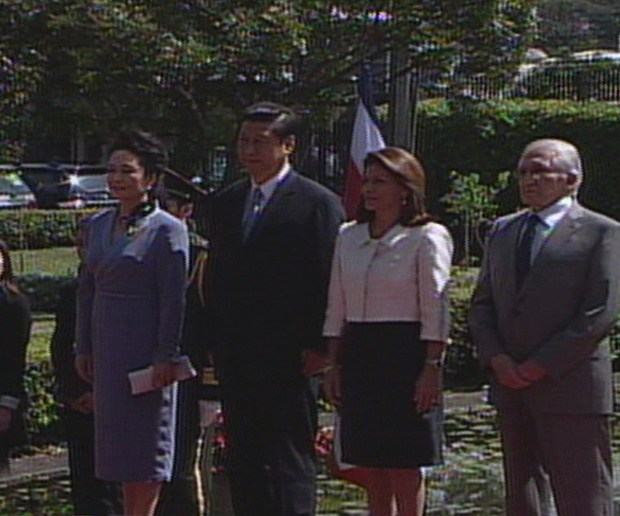 Monday morning, at Casa Presidencial, China’s president Xi Jinping opened the goody bag containing gifts that include US$400 million loan for the reconstruction of the Ruta 32, between Rio Frio and Limon.

The loan is part of the nine agreements signed by the two countries.

The loan still has to be approved by Costa Rica’s legislators is subject to a Chinese company obtaining the contract and the details of the repayment have not yet been made public.

Xi’s goody bag also included a deal for Costa Rica milk exported to China. This deal benefits primarily the Dos Pinos milk cooperative that will be exporting the first containers of dairy products to China in the coming weeks.

Signed on Monday is also the financing deal between the state bank, Banco de Costa Rica (BCR) and the Export-Import Bank of China. According to the press release, the agreement provides financial support for the energy and infrastructure projects, as well as trade in electronics and mechanical technology.

Also signed is the agreement for a joint redevelopment and expansion of the Moís refinery in the province of Limón. That deal will see an investment by China of close to one billion dollars.

Other agreements singed includes a protocol on veterinary and sanitary requirements for Costa Rica to export pork to China; China’s Hangtrong China Corporation agreed to buy US$12 million dollars of teak and US$8 million dollars of leather from Costa Rica’s Quality Impex S.A.; In the environmental area, Costa Rica will purchase 5.000 solar panels paid for by a loan from China.

Xi announced the donation of 8.400 computers to be used by public school students and 800 computers for teachers; and US$16 million dollars toward the police academy.

QCOSTARICA - For today, Sunday, September 12, there are...
Nicaragua