A Treat For The Ladies: Chippendales Dancers Coming to Costa Rica 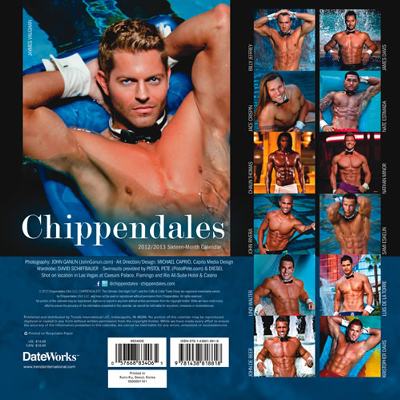 On Facebook and other online social networks, discussion about the upcoming Chippendales visit to Costa Rica kicked up a few notches when local production house RPM TV announced the event last month. The dancers are scheduled to make five appearances at the Convention Center of the Wyndham Hotel – Herradura, near the Real Cariari Mall . Chippendales will be in Costa Rica from August 30th to September 1st. With tickets starting at 27,000 colones (about $55), many Ticas are wondering whether they can score a quick glimpse at the dancers if they visit our beaches.

The 27,000 colones tickets are being sold as the “Shy Girl” experience, which means that Ticas will be on foot and will also have to jockey for position to get close to the stage. The “Naughty Girl” tickets go for 37,000 colones; these tickets are for seats at tables near the stage and are ideal for “Girls’ Night Out” groups up to ten. For 47,000 colones, the “Tender Torture” tickets guarantee Ticas a very close interaction with the male dancers. All tickets have a 3,000 colones surcharge, and the venue will offer 2,000 in food and drinks to the women who attend.

When the Chippendales dates in Costa Rica were first announced, it was the first time for many Ticas to learn about the dance troupe. The news were certainly well received, especially among older Ticas who wonder whether the ticket prices are justified. To this end, it is important to note that Chippendales shows always feature high production values; the lighting and stage equipment alone weigh about a ton. And though some Ticas will feign ignorance about this kind of entertainment, let’s not forget that trend of male strippers appearing at steamy divorce parties in Costa Rica.

The show is for adults only, and only women are allowed. It would be interesting to see if members of the LGBT community in Costa Rica have something to say about that longstanding Chippendales policy. To be sure, many admirers of the male physique who are not female would probably enjoy going to one of their shows, which sometimes feature celebrities. For example, actor Ian Ziering of 90210 and Sharknado fame is currently a Chippendales dancer, but it is not clear whether he will tour with the troupe when they come to Costa Rica; however, the former teenage heartthrob, who is in amazing shape at 49 years of age, recently name-dropped our country during an interview with The Hollywood Reporter while talking about his 90210 character:

I think Steve Sanders is busy in the cloud forest of Costa Rica where he’s the personal life coach to the World’s Most Interesting Man.

There is another connection as well, Sharknado was written by Thunder Levin, who directed scenes of his film AE Apocalypse Earth right here in Costa Rica. AE Apocalypse Earth is a mockbuster hit that emulates the After Earth movie starring Hollywood Star Will Smith, his son and the cloud forest near the Arenal Volcano.