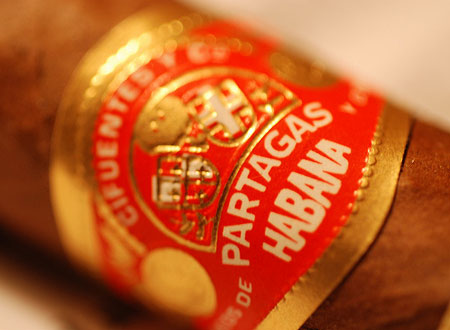 TODAY CUBA (Prensa Latina) Cigar lovers in the world will attend here from Nov. 16 to 20 an event that takes place every year, sponsored by Partagas brand, to smoke and learn.

This is the 28th International Meeting of Clients and Friends of the Partagas House, a meeting for gourmets that in kind include among its programs special dinners, visits to tourist sites, and private gatherings to smoke the Cuban Premium cigars.

This time, the organizing committee said the meeting will be also dedicated to the 170th anniversary of the Partagas Royal Cigar Factory (1845), one of the most emblematic brands of the portfolio of international corporation Habanos S.A. (including 37 brands).

The director of the Partagas Cigar House, Grecia Quiñones, informed that about 400 people from 21 countries have confirmed their attendance for the meeting of friends this month .

The program includes a welcoming dinner at the Hotel Nacional de Cuba’s 1930 Hall, a countryside visit, and a boat trip through Canimar River in the western province of Matanzas, about 100 kilometers east of Havana.