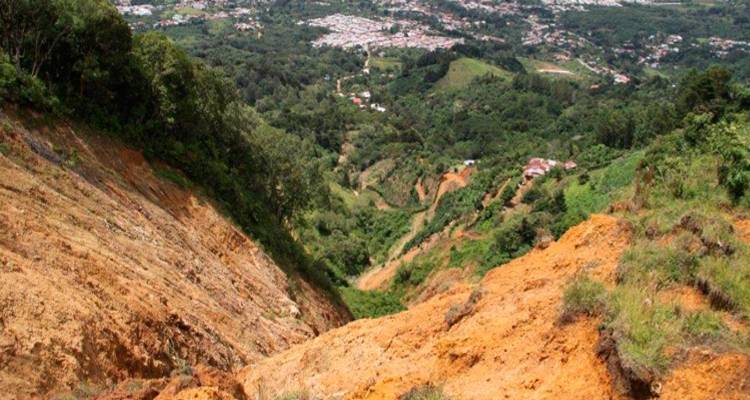 The last weeks of the rainy season in Costa Rica are perhaps the worst, not only for the amount of rainfall, but the accumulation of water in the ground which can lead to landslides and tragedies.

For such the National Emergency Commission – Comisión Nacional de Prevención de Riesgos y Atención de Emergencias (CNE) – has issued an “GREEN” alert for the Central Valley as a preventive measure.

Currently there are seven areas in the south side of the greater area of San José under surveillance by the CNE: Tapezco an Chitaría in Santa Ana; Burío in Aserrí; Tablazo in Desamparados; La Cascabela in Alajuelita; Pacacua in Mora; and Lajas de Escazú.

The alert is to advise the public of the danger, especially to those living in high-risk condition, to be vigilant and have a family emergency plan in place.

The CNE is also asking the population to abide to the recommendations of the response bodies of their localities.

The commission permanently monitors high-risk areas by air and ground with the support of loal municipalisites and emergency response authorities, like the Cruz Roja (Red Cross) and the Bomberos (fire department), among others.

For now there are no emergencies reported. The large land masses under surveillance are characterized as unstable consisting of slightly cohesive soil and rock.

QCOSTARICA - For today, Saturday, September 11, there are...
National