CNFL Says Not Liable For Damage Caused By Lightning Strike 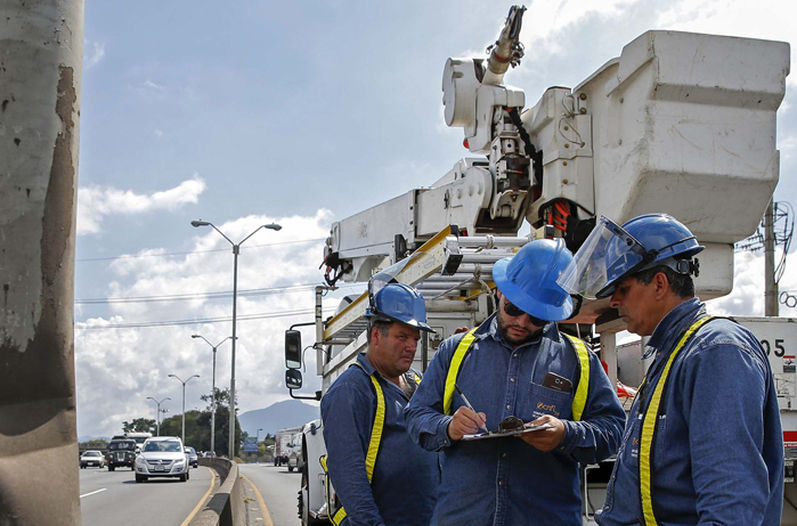 QCOSTARICA – Ever wonder why many in Costa Rica go around the house unplugging appliances, televisions, stereos, computers, etc?

The answer is simple. The national power and light company (Compañía Nacional de Fuerza y Luz – CNFL), a divsion of ICE, will not reimburse customers suffering damage from caused by lightning.

The CNFL says it is not responsible for damages caused by lightning strikes or “a raccoon, opossum or other wild animal” climbing up a pole and causing a short-circuit. This, because it is out of their control, according to Adam Marchena, CNFL deputy director.

When does the CNFL accept responsibility?

The official said the CNFL assumes liability if the damage is caused resulting from some action by the CNFL, like an operaiton without proper controls, loose wires dangling at a meter, etc.

In such cases, Marchena explained, the utility after receiving a complaint investigates and if found it is to blame, will proceed with paying the affected customer.

Marchena says that during the rainy seasons the utility pays out an average ¢3 million colones monthly to customers to cover damages it accepts liability for.

The single biggest payout the CNFL has ever made, ¢32 million colones, was 11 years ago when lightning struck the Colima (Tibas) substation, that caused a blackout of six hours in many parts of San Jose, including La Sabana, Pavas and Escazu.

Up to October 9 of this year, there have been 664,171 lightning strikes. Last year, during the same period, there were more than 900,000, according to the Departamento de Descargas Atmosféricas del Instituto Costarricense de Electricidad (ICE).

- Advertisement -
Paying the bills
Previous articleLegislative Assembly Workers Have The Best Medical Service In The Country
Next articleDo You Know What The Numbers Actually Mean?