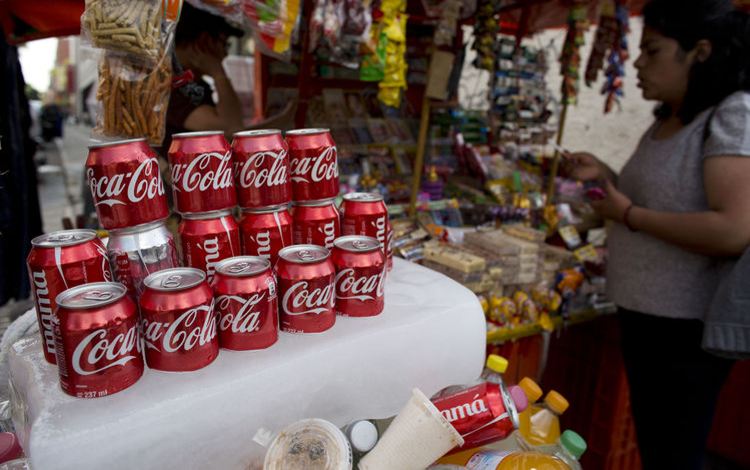 BUSINESS NEWS (Reuters) – Coca-Cola Company on Tuesday announced new cost-cutting measures and a timeline for selling its bottling operations after its quarterly profit slumped 14%  and the world’s largest beverage maker struggles to find growth amid a soft market for soda.

The Atlanta-based company said it would hand back, or refranchise, about two-thirds of its North American bottling territories by the end of 2017, and a substantial portion of the remaining territories no later than 2020.

It is the clearest timeline that Coke has given to date as it seeks to sell the bottling operations to franchisees in a bid to shift away from the capital intensive and low-margin business of distribution.

Coke also said that it was targeting US$3 billion in cost savings by 2019, up from its announcement in February of US$1 billion.

Coke is grappling with deteriorating economic conditions in major emerging markets as well as softness in consumer spending in the United States and Europe.

“This is placing strong pressure on the short-term performance of our business,” said Chief Executive Muhtar Kent on the company’s earnings conference call.

U.S. sales of carbonated soft drinks have been declining for nearly a decade, and more recently, consumers have shifted away from diet soda because of health concerns over artificial sweeteners.

Based in Mexico, the companyy’s capital stock is owned 47.9% by a wholly-owned subsidiary of Fomento Económico Mexicano, S.A. de C.V. (FEMSA), 28.1% by wholly-owned subsidiaries of The Coca-Cola Company, and 24.0% by the public. The company operates in Mexico (a substantial part of central Mexico, including Mexico City, as well as southeast and northeast Mexico), Guatemala (Guatemala City and surrounding areas), Nicaragua (nationwide), Costa Rica (nationwide), Panama (nationwide), Colombia (most of the country), Venezuela (nationwide), Brazil (greater São Paulo, Campiñas, Santos, the state of Mato Grosso do Sul, the state of Paraná, part of the state of Goias, part of the state of Rio de Janeiro and part of the state of Minas Gerais), Argentina (federal capital of Buenos Aires and surrounding areas) and Philippines (nationwide), along with bottled water, juices, teas, isotonics, beer, and other beverages in some of these territories. The Company has 67 bottling facilities and serves 338 million consumers through more than 2,800,000 retailers with more than 120,000 employees worldwide.

QCOSTARICA - Sinpe Móvil is easy to use. From your phone, you can send money to friends, family and pay for things. Or receive...
Rico's Digest

QCOSTARICA - The prestige of the company of some of the richest men in Costa Rica hangs by a thread. For many, the MECO...
Turrialba