Colombia Confronts Femicide, ‘Most Extreme Form of Violence Against Women’ 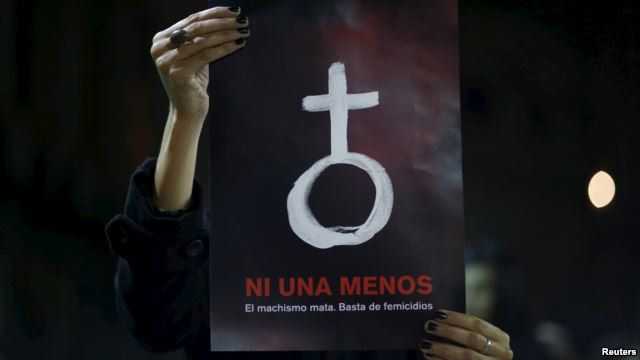 TODAY COLOMBIA – BOGOTA, Colombia’s new law on femicide is a key step to combat violence against women, but forensic experts and prosecutors will need to change the way they investigate gender-related killings to win convictions, officials said.In this Latin American country of 47 million people where on average one woman is killed every two days, the issue of femicide – defined as the killing of a woman by a man because of her gender – is under the spotlight.

The law, which came into effect July 6, makes femicide a distinct and legally defined crime, with jail sentences of 20 to 41 years.

The challenge now is enforcement of the law and ensuring that police, prosecutors and forensic experts are trained to identify and investigate cases of femicide.

The prosecutor’s office needs to “change the way femicides are investigated from the scene of the crime to the courtroom,” Miguel Emilio La Rota, head of public policy and planning at Colombia’s attorney general’s office, told officials and women’s rights campaigners at a conference in Bogota on Wednesday.

Experts say new protocols and techniques for autopsies on murdered women and guidelines on clues to possible femicide – such as torture, rape, genital mutilation – need to be implemented.

Colombia follows 15 other countries in Latin America that have passed laws in recent years that define and punish femicide as a specific crime.

Colombia’s macho culture, and a lack of awareness among women about their rights and laws passed to protect them, are reasons for the widespread violence against women, she said.

“Femicide represents the most extreme form of violence and discrimination against women. It’s quite a concern in Colombia.

Some women don’t know their rights, that they have the right to be treated with respect and not be abused,” Ordonez said.

Victims of femicide often have a long history of domestic violence, and perpetrators are often current or former partners.

“Femicide doesn’t just happen from one day to the next.

There’s a history of threats, of psychological and physical abuse that gets worse, which often starts from the first boyfriend a girl has,” Ordonez said.

Impunity is the Norm

More than half of the 25 countries with the highest femicide rates are in the Americas, according to a 2012 report by the Small Arms Survey, an independent research project in Geneva.

The report says worldwide 66,000 women were victims of femicide between 2004 and 2009, a problem fueled by few criminal convictions.

“In many countries, impunity for femicides is more the norm than the exception,” said Belen Sanz, head of U.N. Women in Colombia.

Costa Rica, which in 2007 became the first country in Latin America to pass a law on femicide, has made progress in raising awareness about gender crimes.

“Before the law, nobody was talking about femicides in Costa Rica. It made violence against women more visible,” said prosecutor Eugenia Salazar, head of the sex crimes and domestic violence unit at Costa Rica’s attorney general’s office.

“We’ve found the biggest challenge in implementing the femicide law is cultural. There’s still resistance towards investigating crimes of violence against women,” she said.

Following the series of accusations and backlash levelled against...
Central America