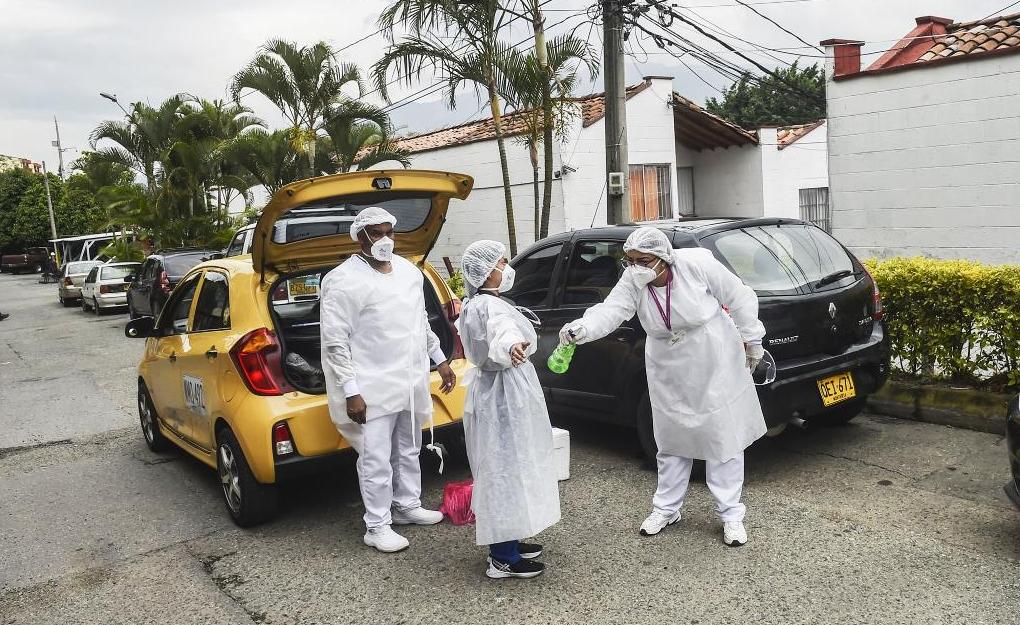 The fourth-largest economy in Latin America had exceeded on April 400 deaths in a single day since the pandemic broke out 13 months ago, amid an aggressive third wave of infections, and ten days later it exceeded the threshold of 500, the Ministry of Health reported.

With hospitals on the brink of collapse and health personnel exhausted, the Ministry of Health also has accumulated a total of 2,877,746 cases reported since March 6, 2020.

The authorities had warned of a possible spike in infections after the Semana Santa (Easter) holidays in early April and ordered numerous restrictions such as night curfews and lockdowns on weekends to limit the spread of the covid.

But the wave of new infections does not subside and the availability of intensive care units is at 17%.

The Health Ministry warned of the circulation of the British and Brazilian variants of the virus, considered more contagious.

In some cities such as Medellín (northwest) hospital beds were exhausted and hospitals began triaging patients requiring intensive care.

Colombia detected the first case of covid-19 from Italy 13 months ago and was confined between March and September 2020, but relaxed the measures due to the collapse of the economy.

Globally, Colombia is 11th in the number of deaths and 12th in total cases. See the updated list here.

Meanwhile, the vaccination campaign is progressing slowly. Some 4.7 million doses have been applied and only 1.5 million people have a complete immunization, according to official data.

The government hopes to vaccinate some 35 of the 51 million inhabitants before the end of the year to achieve herd immunity.

QCOSTARICA - Epidemiological week 40 that spanned from October 3 to...
Read more