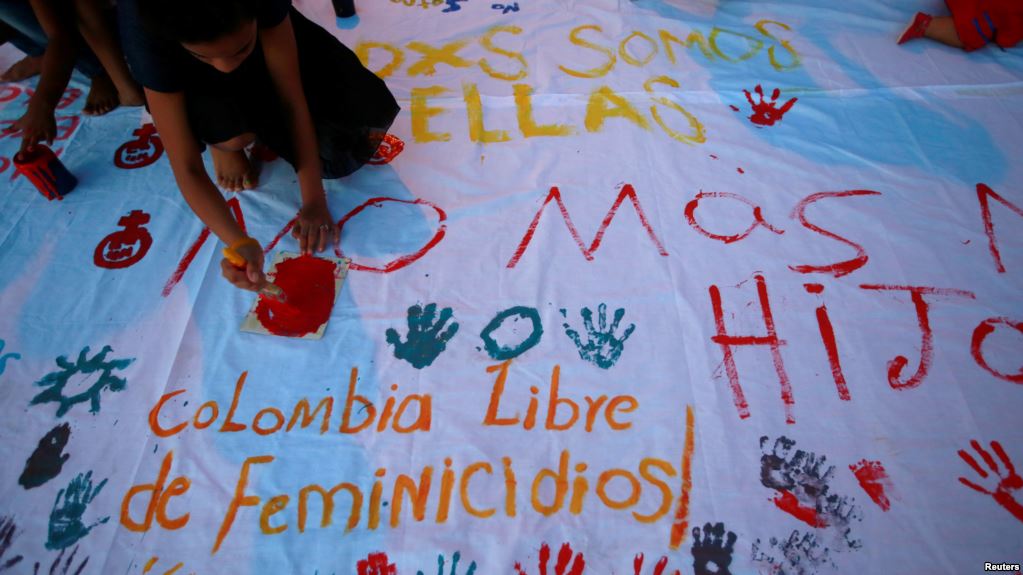 A law aimed at reducing Colombia’s female homicide rate — of three killings per day — has struggled to secure convictions as people tend to blame or disbelieve women and excuse men for violence, experts said Thursday.

Only 17 convictions have been handed down since Colombia introduced a law in 2015 that defines and punishes the killing of a woman because of her gender — known as femicide — as a specific crime, a study found.

Most killings were carried out by former boyfriends or husbands, and sentences ranged from 10 to 49 years in prison, according to the study by U.N. Women and Colombia’s National University.

“The biggest challenge we have is to increase conviction rates,” Mario Enrique Gomez, a state prosecutor, said at a conference in Bogota on combating gender violence. “It is imperative to believe the voices of women and girl victims.”

U.N. figures show that globally in 2012, nearly half of slain women were killed by a partner or ex-partner. This compared with one in 20 for men.

Studies show Latin America is home to 14 of the 25 countries with the world’s highest rates of femicide, and many women accept violence as a normal part of life, campaigners say.

Earlier this year, Pope Francis, the first Latin American pope, called for lawmakers to protect women and spoke out against the “machismo” culture in Latin America.

The report also found attitudes among state prosecutors and society at large are stifling efforts to get more and tougher convictions for femicide.

Almost a quarter of 88 judges and prosecutors interviewed said Colombia’s femicide law had done little to change perceptions that often condone the crime, such as “she provoked him,” “he loved her too much” or male jealousy.

In addition, women who report being victims of domestic violence are motivated by revenge, nearly half of 21 prosecutors who deal with the crime told researchers.

“The most important thing is to end the culture of impunity,” Ana Guezmes Garcia, head of U.N. Women in Colombia, told the conference, describing violence against women as a “worldwide pandemic.”

- Advertisement -
Paying the bills
Previous articleMaduro’s New Plan to Dollarize Tourism and Discriminate against Venezuelans
Next articleCosta Rica May Soon Have A New Holiday: Abolition of the Army Day!

QCOSTARICA - The morning warming and the entry of...
Trends