Colombia Would Change If Poor Complained as Much as Venezuela’s Rich: William Ospina

Colombia is missing an opportunity to become a modern country 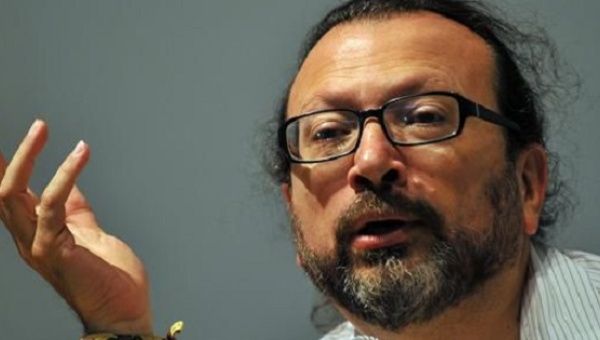 TODAY COLOMBIA – “If Colombia’s poor were able to complain as much as the rich do in Venezuela, Colombia would change,” Colombian poet William Ospina said in an interview with Caracol TV Sunday, arguing that the political culture in Colombia impeded the surge of a revolutionary movement.

The novelist and essayist explained that poverty and unemployment rates in Colombia are very high, even higher than what the government is willing to acknowledge, where the official poverty line stands below a US$70-monthly wage, a number he said was unrealistic.

“Eighteen years of Bolivarian Revolution … has not produced the levels of death, massacres, catastrophes that Colombia has experienced in that same period,” the poet said.

“The truth is that here, besides poverty, abandonment, exclusion and lack of employment, one does not understand how Colombian society holds together and doesn’t explode,” the poet added.

In reference to the Bolivarian Revolution, whose achievements he supports he said, “In a continent as unequal as Latin America, I will always hold as a principle the support for anything that puts the interests of the people before the hegemonic economic groups.”

Ospina continued, “If we compare ourselves the truth is, that 18 years of Bolivarian Revolution, with the terrible polarization that has occurred, has not produced the levels of death, massacres, catastrophes that Colombia has experienced in that same period.”

As for the conflict within two conservative sectors represented by current President Juan Manuel Santos and former President Alvaro Uribe, Ospina commented, “Colombia is missing an opportunity to become a modern country, no one is talking about renewable resources, about the protection of water, the Magdalena river is completely contaminated.”

QCOSTARICA (Nacion.com) Four out of ten complaints of extortion...
News