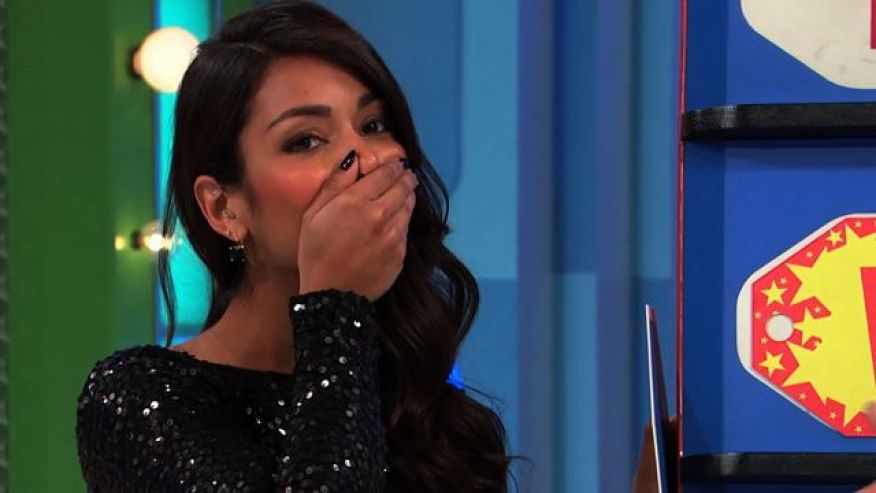 TODAY COLOMBIA – Colombia’s Manuela Arbelaez thought her “Price Is Right” modeling days were over when she accidentally gave away a car, but it turns out … she should actually be in line for a raise.

The 26-year-old model born in Medellín, Colombia, but moved to the U.S. in 2006 , said in an interview Friday that she lost her train of thought while exposing the answers to “Five Price Tags,” a game that involves correctly choosing a vehicle’s value among five oversized tags.

Arbelaez accidently unmasked the correct $21,960 price after the contestant’s first pick, even though the participant still had two more chances to guess.

“It was a brain fart,” said Arbelaez. “I just zoned out. I literally did not see that coming. My body took over and reacted before my brain had a chance to stop it.”

The goof brought Arbelaez to tears and sent “Price is Right” host Drew Carey into a giggle fit.

“It’s been overwhelming, in a good way,” Arbelaez said. “I knew I was going to get a couple of tweets and videos with my name tagged on it, but this has gone viral. It’s amazing how people reacted. It’s been very positive. Everyone has been so nice and supportive.”

QCOSTARICA - The numbers are bouncing back in terms...
National