Smiling throughout, Santos took the oath before President of Congress, Jose David Name, who presented him with the presidential sash.

At the ceremony, the president said, “I firmly believe that Colombia should establish a goal in which we can all compromise. What would it be? To be a country in total peace by 2025, a country with more equity and the most educated in Latin America.” 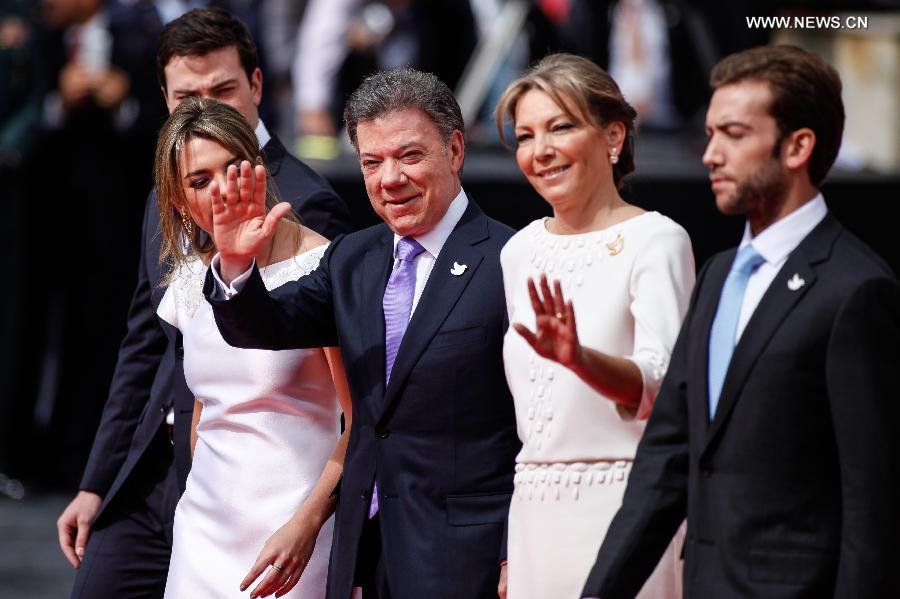 The president, in his speech, reiterated that he would seek to end the 50-year-long internal armed conflict.

He asked for goodwill from Colombia’s largest rebel group, the Revolutionary Armed Forces of Colombia (FARC), in the ongoing peace talks and expressed the hope to initiate a negotiation with another rebel group National Liberation Army (ELN).

In regard to the talks with FARC, the Colombian president said that both sides had agreed on three of the five points on the agenda, and now were moving to the fourth: the conflict victims.

But he warned the FARC’s recent attacks might jeopardize ongoing talks in Havana. “The violence reported in recent weeks are an unacceptable contradiction and compromises the peace process,” he said. 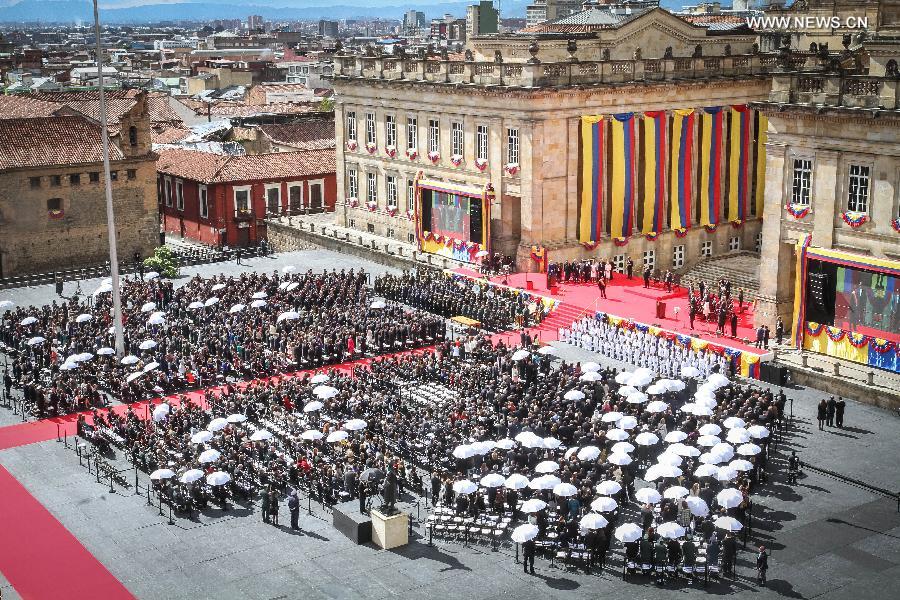 In terms of education, he revealed his goal to make Colombia the most educated country in Latin America by 2025.

“The first decision I took is that the budget for education will be the largest of all in the national budget starting from next year, even above that for defense and security,” Santos said.

More than 500 dignitaries attended the ceremony, including Latin American leaders, diplomats and Spain’s former King Juan Carlos, who abdicated the throne to his son in June.

QCOSTARICA - On Monday, the Organismo de Investigacion Judicial (OIJ) moved to the raid, seize and arrest of their investigation into corruption of public...
Rico's Digest

RICO's DIGEST - We've all had this happen, your computer's hard drive is full and your computer crashes. But we are not the Radiográfica...
Coronavirus