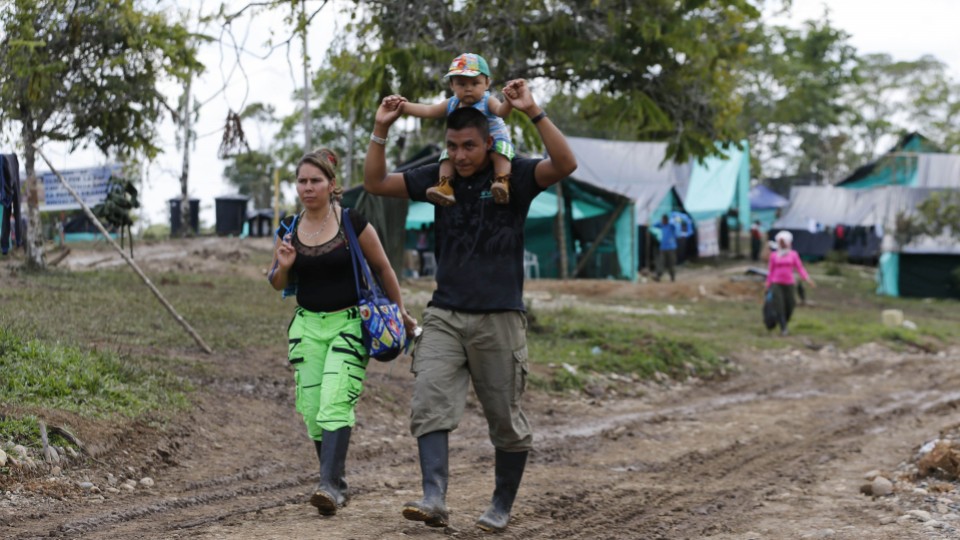 During the 52-year war, rebel women FARC fighters were obliged to use birth control. Those who became pregnant were made to leave their babies with family members, or even forced to terminate their pregnancy.

As Colombia transitions out of its 50-year civil war, dozens of guerrilla fighters are dropping their guns to become parents.

Under the terms of the peace accord, the guerrillas must stay in government-run transition camps until the end of May, when they will hand their weapons over to the United Nations.

But raising kids is not easy for these new families. The camps are ridden with construction delays that make it difficult to raise children.

“The design for these camps was not agreed upon during the peace talks,” says one former fighter. “The peace deal got under way in December, and we only reached an agreement on the camps at the end of January.”

TRT World ’s Manuel Rueda visited a guerrilla camp deep in the Colombian countryside to find out more about these rebels-turned-parents.

QCOSTARICA - With presidential elections around the corner, on...
Banking