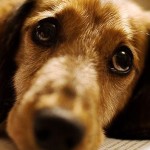 (QCOLOMBIA) A Colombian veterinarian who surgically implanted heroin packages inside of dogs, has been arrested by Spanish police, Caracol Radio reported Wednesday.

The veterinarian was arrested Tuesday in the city of Lugo, located in the northwestern region of Galicia in Spain.

The detainee had been on the run for eight years after Colombian police raided a farm near the city of Medellin and found 6.6 pounds of liquid heroin that had been surgically implanted inside the abdomen of six dogs.

According to Spanish police, the dogs with the heroin packages in their abdomen were supposed to be smuggled into the US.

The US sent out an international extradition request on charges of suspicion of drug smuggling after the Colombian police raided his farm in 2005.

QCOSTARICA - A baby of one month and 20...
Cartago