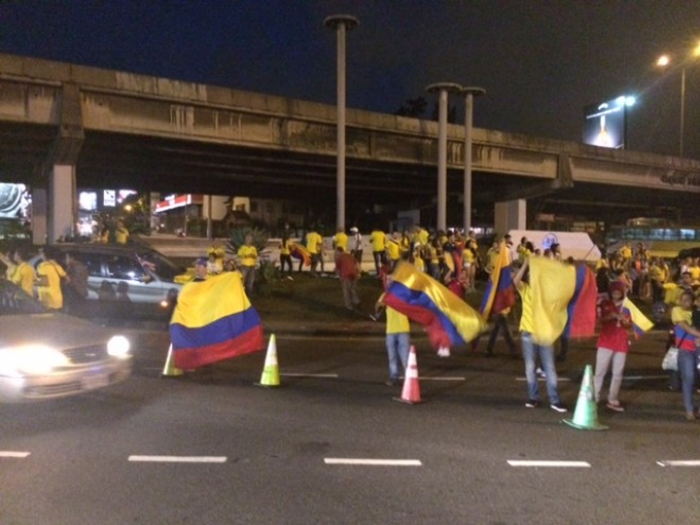 We’ve seen the photos and videos of the past couple of weeks of Costa Ricans taking over the fountain in front of San Pedro mall, waving flags, honking horns and demonstrating their joy.

Saturday, however, Costa Rica’s red, white and blue was replaced with the Colombian colours of red, yellow and blue in celebration of the “cafeteros” (Colombian’s national team) win and advancing in the World Cup in Brazil. Colombians haven’t been able to celebrate a World Cup victory like this in 16 years. 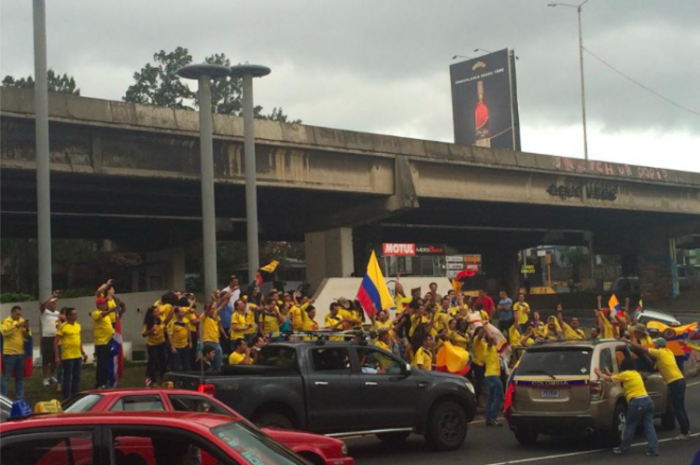 San Pedro was not the only point of celebration. A large number of Colombians also gathered in Barrio Mexico, with music and chants blaring in the streets.

According to the latest census, Colombians are the second largest group of foreigners living in Costa Rica.

Unlike the out-of-hand celebrations in Colombia, where security measures were implemented in several large cities, in Costa Rica the Fuerza Pública (police) reported no incidents.