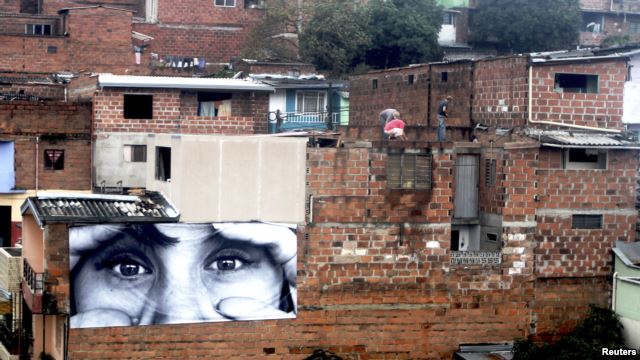 TODAY COLOMBIA (Reuters) BOGOTA, COLOMBIA – Colombians driven from their homes by civil war are at high risk of being trafficked, but little is known about the true scale of the largely invisible problem, campaigners say.

After five decades of war, Colombia has one of the largest numbers of internally displaced people in the world, with nearly 6.5 million uprooted by fighting involving the government, leftist guerrillas and right-wing paramilitary groups.

Often moving from rural areas to seek refuge in the slums of cities, displaced women and indigenous groups are particularly at risk of sexual exploitation, forced marriage and forced labor, including domestic work. Indigenous children are made to beg on the streets, campaigners say.

“Displaced women are highly vulnerable to human trafficking because they’ve been uprooted, are often living in extreme poverty and are the sole breadwinners,” said Betty Pedraza, a leading Colombian anti-trafficking campaigner, who heads a rights group, Women Space Corporation.

“Human trafficking is a problem that’s still invisible and remains hidden [in Colombia]. Many people don’t know what trafficking really is and only think it involves sexual exploitation,” she added.

Traffickers often prey on poor, unemployed women and girls because they are more likely to be lured by a recruiter’s false promises of money and a better life.

“It’s much easier for traffickers to trick someone who comes from the countryside and has little education,” Pedraza told the Thomson Reuters Foundation in a telephone interview.

“Many come from a background of violence either in the home with an abusive partner, or they grew up in a home where violence was used, or they were displaced because of the conflict.”

Up to 50,000 Colombian women are trafficked into forced prostitution abroad each year, particularly to Asia and across South America, according to 2005 estimates by the U.S. State Department.

But Pedraza said there are no data to show the true scale of human trafficking among the displaced population within Colombia, and the problem has received scant attention.

“We know there’s a link between displacement and human trafficking because we’ve seen it,” she said.

Some displaced women find they have no choice but to resort to prostitution, especially sex tourism along Colombia’s Caribbean coast, as the only way to provide for their families.

As prostitution is legal in Colombia, it makes it difficult for society or state authorities to see sex workers as possible victims of trafficking.

“There’s an invisible line when prostitution becomes forced prostitution,” Pedraza said. “A woman can be locked up, forced to have sex with clients, and isn’t free to leave when she wants to. That’s slavery.”

Bibiana Machado, a Colombian psychologist who works with victims of trafficking, says traffickers often target their potential victims in an insidious way over a long time.

“A recruiter is like a cat catching a mouse, their prey. Recruiters are patient. They take their time. They study their potential victims over a period of months; they get to know their homes, their family, their needs,” said Machado. “They eventually gain trust and become friends. The trust is what kills.”