Come to Costa Rica: Whatever You Want We Got It! 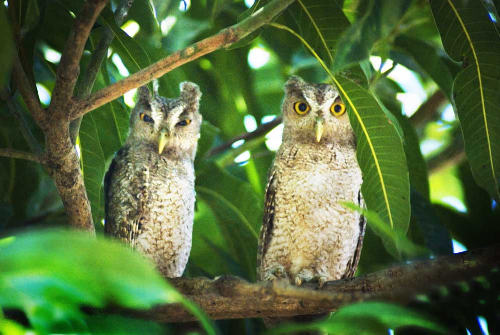 Costa Rica is replete with everything from unscathed beaches, warm water, volcanoes, fine dining, and hotels in just about all possible price ranges and then there is the underbelly which gives new meaning to adventure tourism.

Sex tourism is popular and seems to be growing according to the police. Lots of under age kids can be found for a price and some are even recruited and pimped by elected government officials. This not just a San Jose phenomena, no it pretty much goes from sea to shinny sea.

Regardless of a lot of publicity and posters, human trafficking pretty well goes unchecked. The tired traveler might rent a slave for a week or so.

Rent a car and head for the magnificent rural areas. Just make sure you have a really good spare tire and paid up insurance. And one more thing. Be careful of the traffic police because they just love to see a rental car come around the bend with cameras shooting wildlife. The tourist is almost always good for paying a handsome fine right on the spot and no record of a ticket is ever made and this is called “mordita”, the bite.

As advertised, for some dental work or cosmetic surgery, Costa Rica is the place to come, or so it is being sold. However, keep in mind there is no malpractice law here and accreditation is sort of “iffy”. Only three hospitals have the JCI accreditation which is considered the gold standard.

There is a medical guild here that records medical graduates and also records complaints. It is important to note that physicians who actually get a degree that degree is always titled, “General Medicine and Surgery” meaning the pediatrician might well be doing facelifts on the side.  Besides implanting about 1,000 defective breast implants from France (PIP) last year, we more recently have had one tourist with a butt enhancement which, according to the photos, became incredibly infected and looked like a couple of very sore cantaloupes. Another private patient had the same procedure, was transferred to the public health care hospital and subsequently died from infection.

Do you need a body part, like the most popular kidney? You Gotta come to Costa Rica. The Mexican daily newspaper el Universal suggests that Costa Rica is perfect for medical organ transplant being purchased from willing and able organ farms. The public health care system is very cautious about organ source so that leaves the private hospitals and clinics but all have denied the practice. This despite a physician who has turned documents over to the government for five years. No response at all!

Costa Rica’s Liberty Reserve company was just busted for laundering an estimated six billion dollars in illicit money. Never fret, with all the sports books, whamo finance companies and casinos, there are other ways that funds can be laundered. Perhaps not as extravagant, but good enough. After all, we have been reported as sort of a center of the drug trafficking universe connecting Latin America to Mexico.

Costa Rica can be a wonderful place to visit and offers many, many good things. It is, by no means a panacea and not even close to what the Quakers settled in 1954. From lush green fauna to the magic of the rain forests and back again to warm ocean waters not to mention with a land area of only 51.100 km2 (0.03% of the planet’s surface) and 589.000 km2 of territorial waters, Costa Rica is considered to be one of the 20 countries with the greatest biodiversity in the world.

QCOSTARICA - Thursday morning, in an act full of...
Health