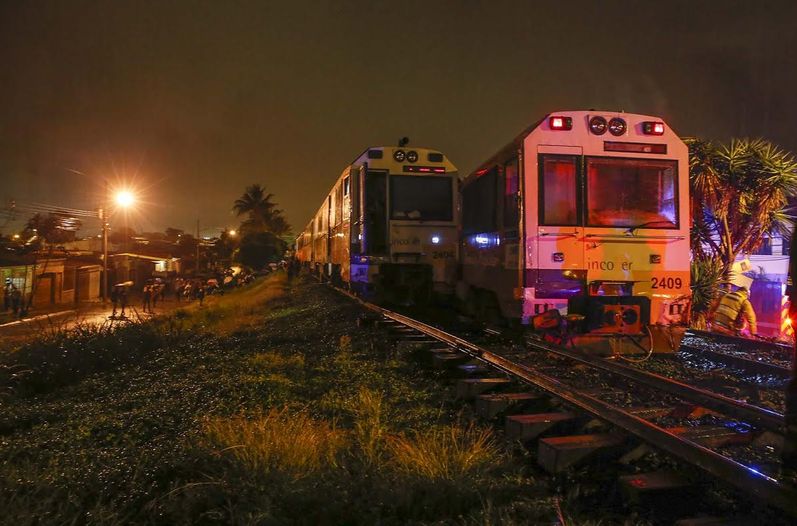 (QCOSTARICA) For reasons unknown, two locomotives of the urban train on the San Jose – Heredia route, operated by the Instituto Costarricense de Ferrocarriles (Incofer) , crashed in the area of Cuatro Reinas de Tibas.

So far, most of the crashes involving the train have been with motor vehicles, usually at rail crossings.

The accident that occurred shortly after 7:00pm Monday was in an area where a spur line allows one train to move aside, making room for another train on the single track line.

Paramedics of the Cruz Roja (Red Cross) were at the scene, but reported none of the passengers suffered any injury.

The last time two trains crashed into each other was in Pavas, on the Belen – Pavas track, in November 2013 .

- Advertisement -
Paying the bills
Previous articleFrench Couple Living in Costa Rica Swindled Out of US$275,000 By Their Laywer
Next articleMassive Taxi Protest Planned On Wednesday