Pavas Trains In Head On Collision 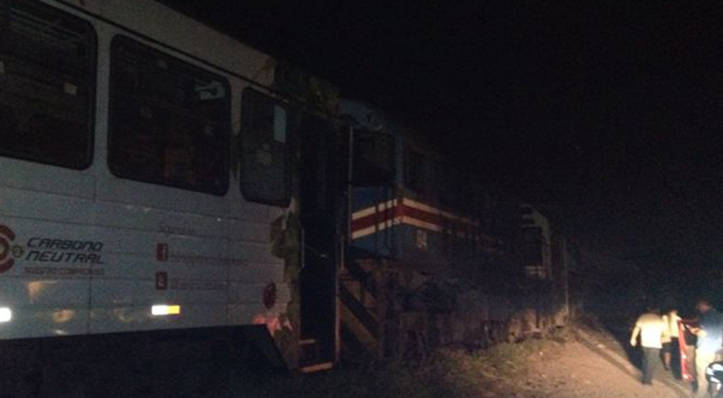 Two trains on the Belén – Pavas route collided head on hits morning in the area of Metrópoli Tres in Pavas.

Apparently, a lack of communications between the engineers resulted in neither train taking the spur, thus both trains headed into each other on the single track.

INCOFER president Miguel Carabaguía explained, “one train was headed for Pavas while the other was heading for San Antonio de Belén on the same track and for some reason they did not communicate their intentions to each other”.

The early morning accident resulted in the injury of 57 passengers. Fortunately there were no fatalities and none of the injuries were serious.

According to the Cruz Roja (Red Cross), seven of the injured were taken to hospital for evaluation, the other fifty treated at the scene.

The accident is under investigation.